In addition to the unusual tone of the story, the episodes themselves have a slightly different appearance—most have only six panels. And while the story is a bit silly, it does have a nice graphic impression.

Kevin is fortunate to be able to persuade his antagonist to help display the “jewels” more discreetly, and as he reaches the king’s palace, he is relieved that his job is over.

King Henry’s abrupt dismissal and useless advice, to merely dispose of the Shah’s gift leaves Kevin at a loss. 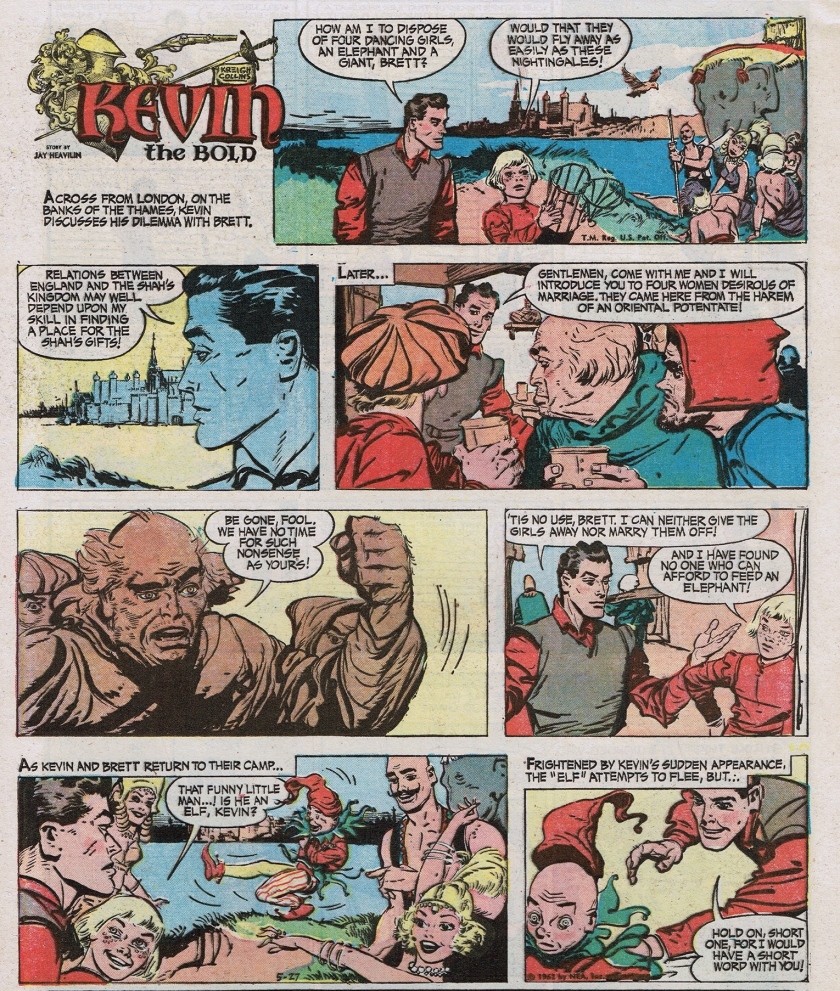 After a serendipitous meeting, Kevin seizes an opportunity to find a taker for the Shah’s gift.

Thanks again to Arnaud for the tabloid scans.

Here is a half-page version of this episode, which serves as a finale to both the story arc and Jay Heavilin‘s stint as writer for “Kevin the Bold.”

To follow the action as it returns to Kreigh Collins’ stewardship, click here for “The Field of the Cloth of Gold” sequence.