The scans for the following story arc were a gift from my friend Arnaud.

This sequence marks the end of Jay Heavilin’s run as the writer for “Kevin the Bold.” Like much of the action he scripted, it is comes across as more cartoonish than Collins’ work. An argument could be made that this isn’t a bad thing, that Collins’ stories were too traditional, and were more like illustration than cartooning. I’m biased, obviously, but what do you think? (There is a little-used comments feature at the very tail end of this post—hint, hint).

The characters are largely stereotypes, but they do have some redeeming visual qualities. Both Ahmed and his female friends have visible navels, so maybe that ban was no longer in effect. 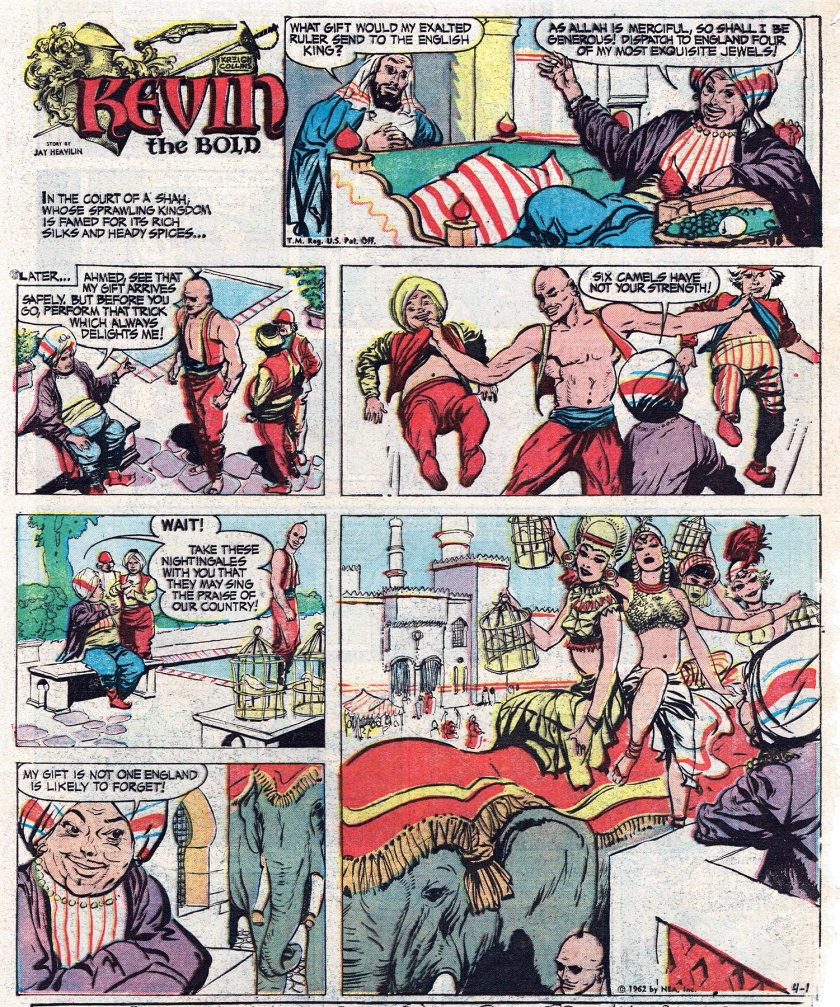 Pedro enters, and as was. in the case of the story “The Powder Expert” (which I haven’t yet run), there is some confusion about the meaning of a certain phrase.