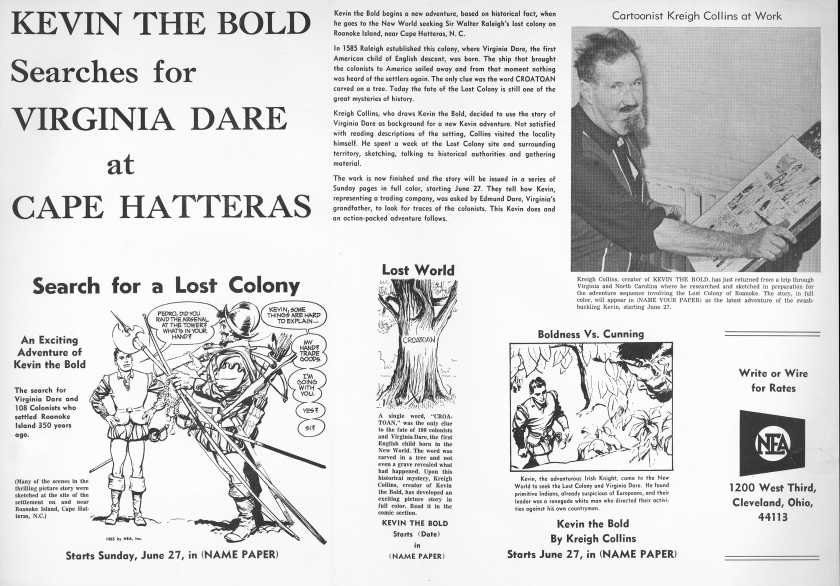 The following “Kevin the Bold” sequence received quite a promotional push from Kreigh Collins’ syndicate. In addition to several paragraphs of descriptive text, four separate spots were prepared—three with illustrations and one with a photo of Collins at his drawing table. 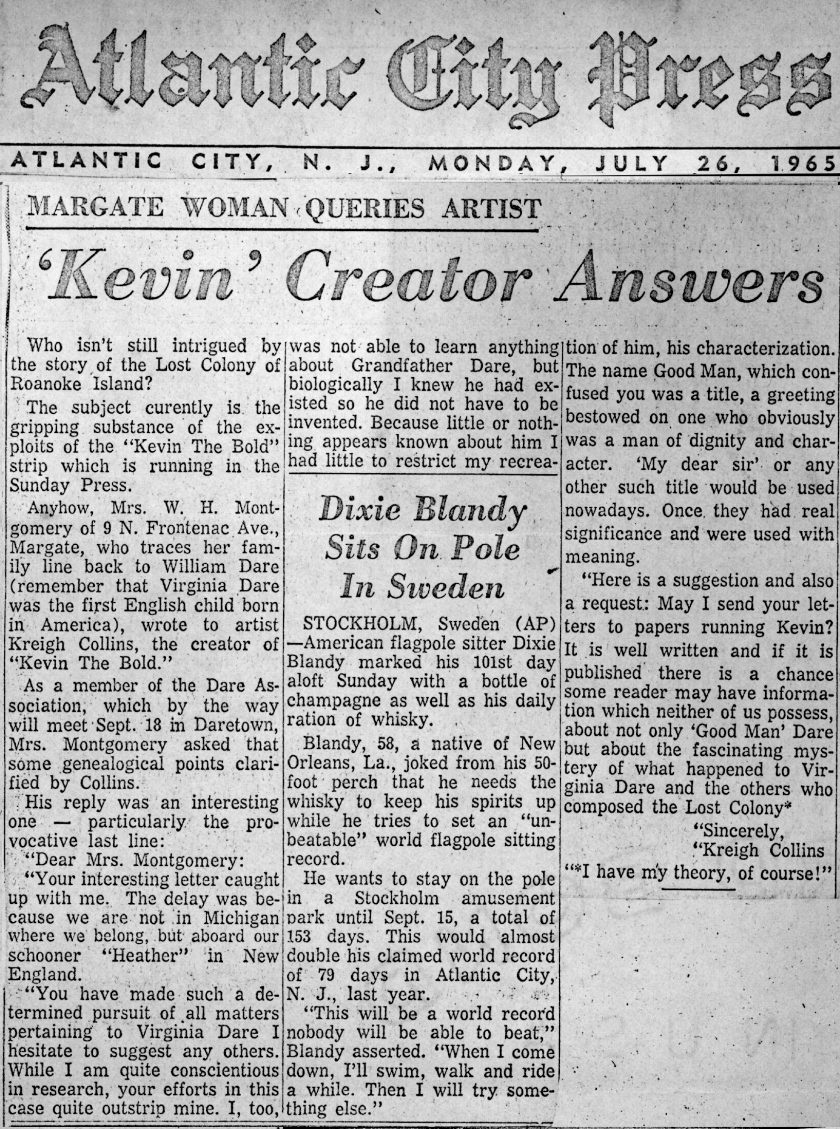 The promotional push generated other articles, such as this one from the Atlantic City Press. Placing it alongside an update on pole sitter Dixie Blandy is interesting perhaps only to me (but get a load of this!)

Although the comics came out in the summer of 1965, the required research was started five years earlier. Collins and his family had taken their schooner Heather south in 1959, wintering in Coconut Grove, Florida. This was the first step in their endeavor of sailing the Great Loop, an approximately 6,000-mile journey (quite a feat considering the 45′ sailboat’s crew consisted of Kreigh, wife Theresa, and 9-year-old twins Kevin and Glen.

It is worth mentioning that Collins continued working on his comic strip during this year-long adventure, he arose early in the morning and did his illustrations in the main salon of his sailboat’s cabin. Visits to post offices along the way were required for mailing off his scripts and illustrations, and for receiving feedback from the suits at the syndicate.

In April, the family headed north via the Intracoastal Waterway, eventually sailing through New York Harbor, the Hudson River, and across the Erie Canal. From there, they entered the Great Lakes, sailing through Lake Erie, Lake Huron, and Lake Michigan, making it back to their home port on Lake Macatawa in late August. 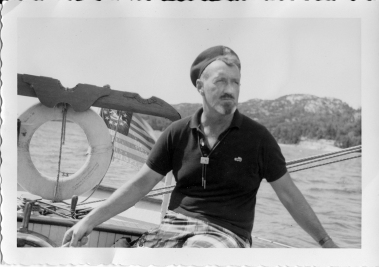 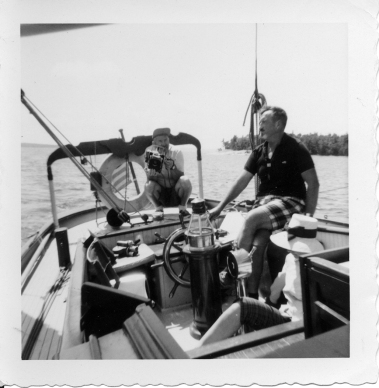 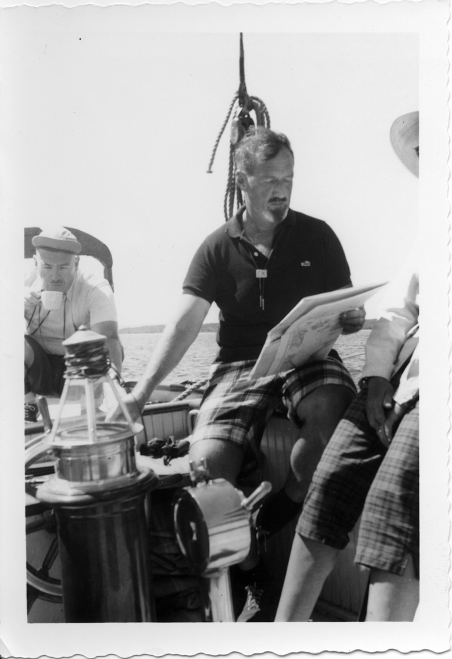 Somewhere in North Carolina, a photographer joined the crew (although these photos must have been taken by someone else, since the photographer appears in a couple of the shots).

Among their many stops was Hatteras Island on North Carolina’s Outer Banks—the location of the lost colony of Roanoke, and the mystery and disappearance of its settlers, including Virginia Dare. No one knows what happened, but as Collins said in the newspaper article about the sequence, he had his theory. 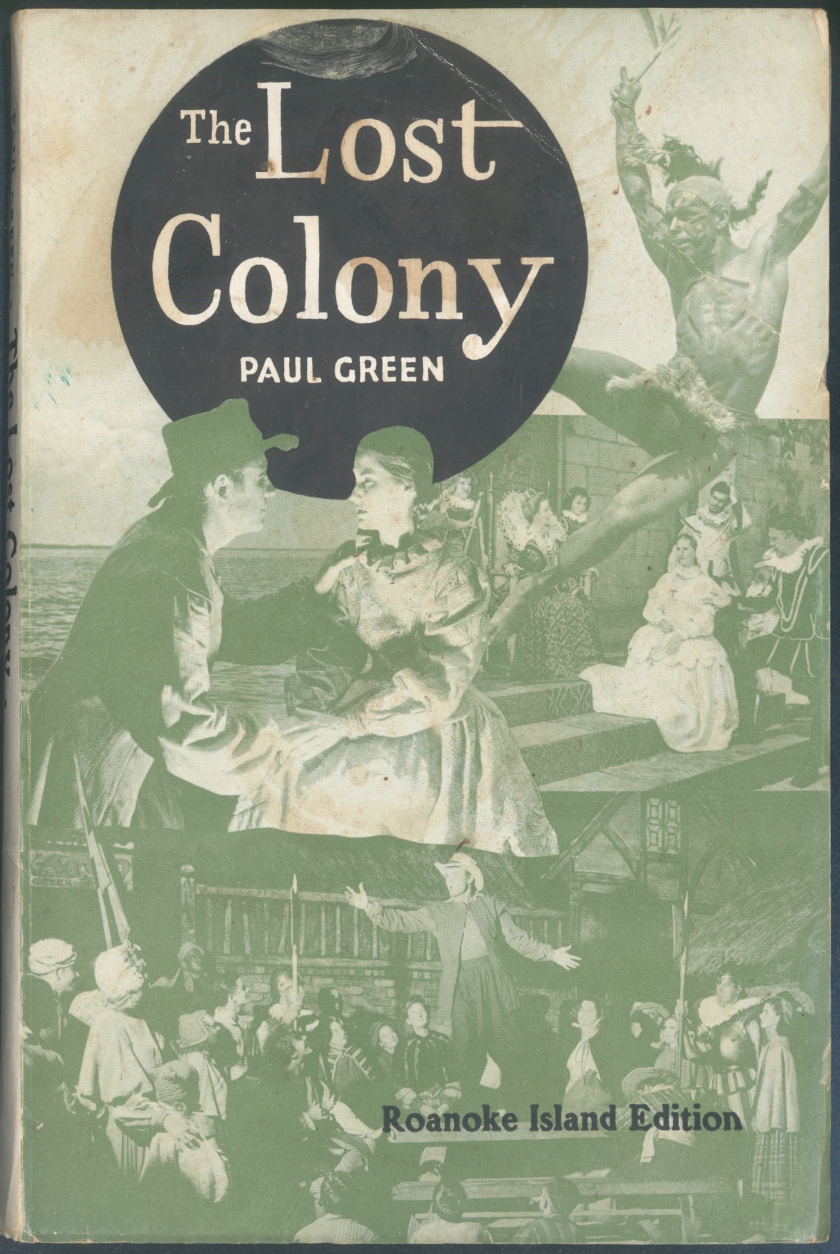 The action begins with Kevin about to sail for the New World, and with his amigo Pedro determined to join the crew.

As usual, the comics’ tone is lighthearted at the beginning of the story arc, but soon the real action begins.