This story arc concludes with three episodes taken from three different newspapers: the Chicago Sunday Tribune, the Florida Times-Union, and the Detroit News. The reproduction quality varies noticeably. Despite being years past its early 1950s prime, the Tribune is superior, the News is decent, and the Times-Union… not so much.

Kevin finds himself in the King’s good graces and is soon made an offer that he cannot refuse. Kevin agrees, under one condition. 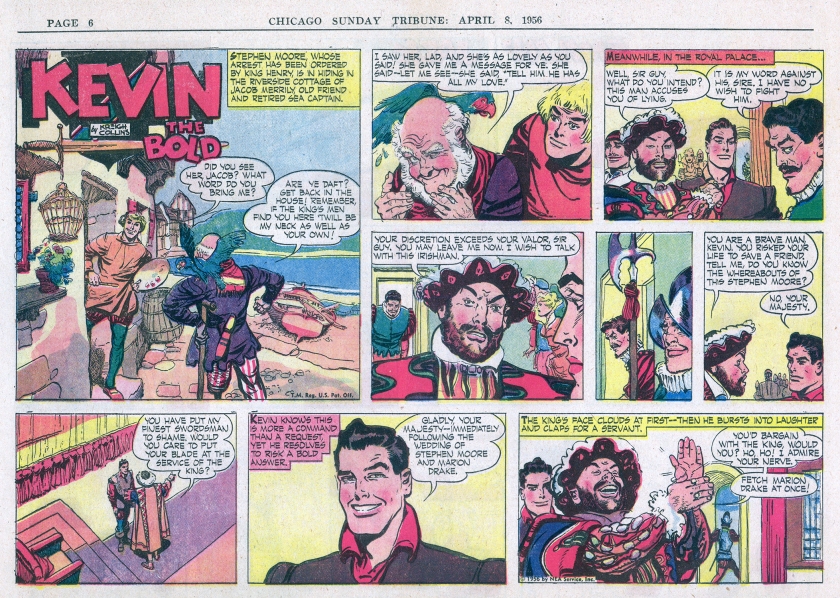 Where Kevin has brought Marion Drake and Stephen Moore untold happiness, he has served an equal amount of misery to Sir Guy Thornberry. 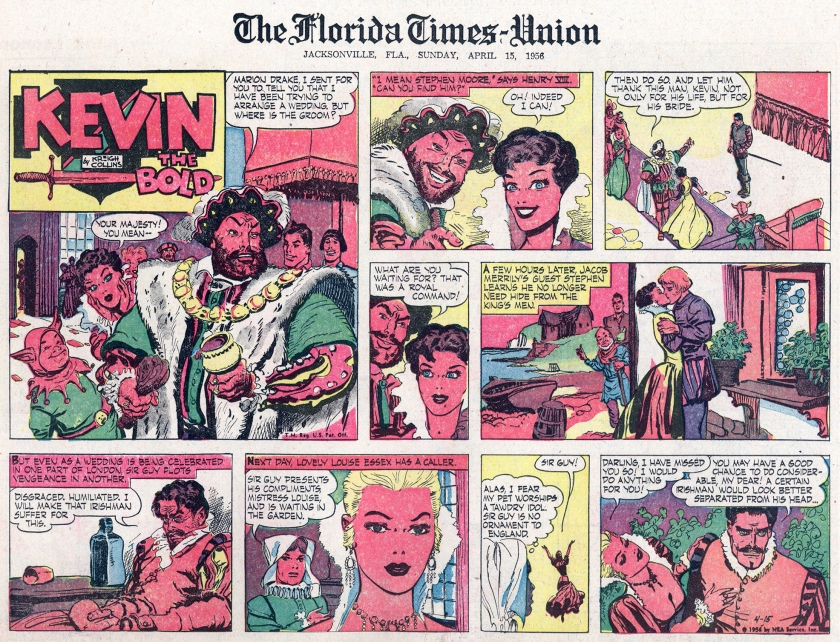 What’s the deal with all of that magenta? 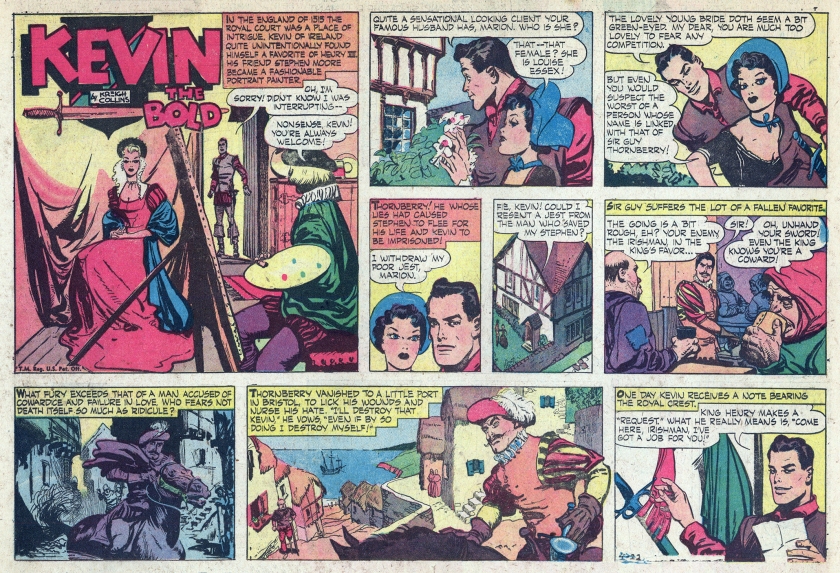 As Thornberry crawls off, tail between his legs, Kevin receives an assignment from his new champion, King Henry. In fact, the King becomes an oft-recurring character in “Kevin the Bold,” appearing in at least 14 more story arcs over the next 6-plus years of the comic strip’s run.