Like most artists, Kreigh Collins looked to his family and surroundings for inspiration. Kreigh’s young twins were named Kevin and Glen. Kevin obviously had a major part in his eponymous cartoon strip, whereas Glen didn’t show up until eight years later.

If you knew my Uncle Glen, you’d appreciate the irony of Pedro’s comment.

The sequence with “little Glenn” lasted nine weeks. Perhaps seeing the inequality of his twins’ like-named characters, Kreigh introduced another Glen six years later. This time, he was an orphan, stranded in the West Indies. 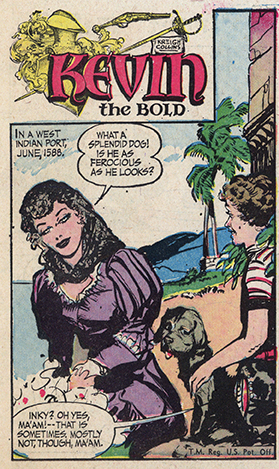 Even Inky appeared. He was the neighbors’ dog.

Kreigh’s oldest sons, Erik and David, had namesake characters in Collins’ final comic strip, “Up Anchor!” Like Kreigh’s, the Marlin family sailed aboard a schooner named Heather. (In reality, Erik and David were no longer living at home, and neither were redheads).

Fifteen months into its nearly two-decade run, “Kevin the Bold” introduced a new character, Brett. My brother Brett was Kreigh’s first grandchild, and as with Kevin, the character appeared in the funnies before the actual person was born (in Brett’s case, nearly ten years earlier).

In “Mitzi McCoy” Stub Goodman drove a loaner car that looked a lot like Kreigh’s. 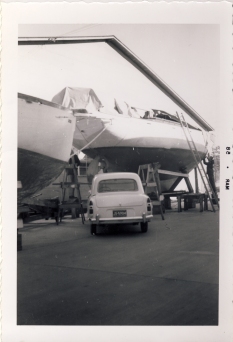 Another character with a name from the artist’s real-life experiences appeared in a mid-1955 sequence, “The Castle of the Sleeping Beauty.” A little girl had gotten lost in the woods, and her father, the “great steel maker Temple Roemer” was distraught. Tempel Smith, Kreigh’s brother-in-law, had started a steel-stamping business ten years earlier, and by this time it had grown into a massive steel company. 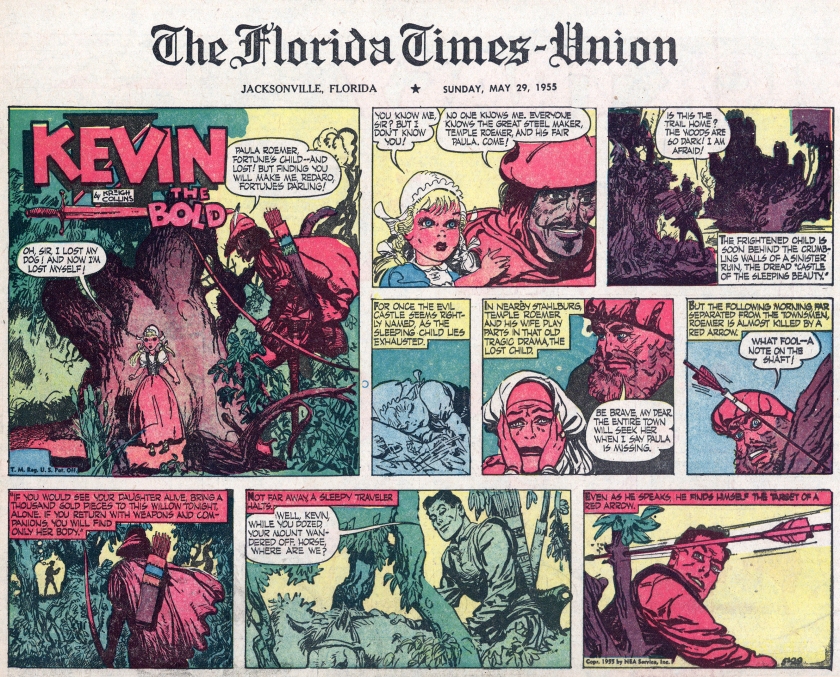