Last week’s episode ended with a flurry of activity—Louise was bound and gagged, and Jacob inadvertently started a fire, which quickly spread. 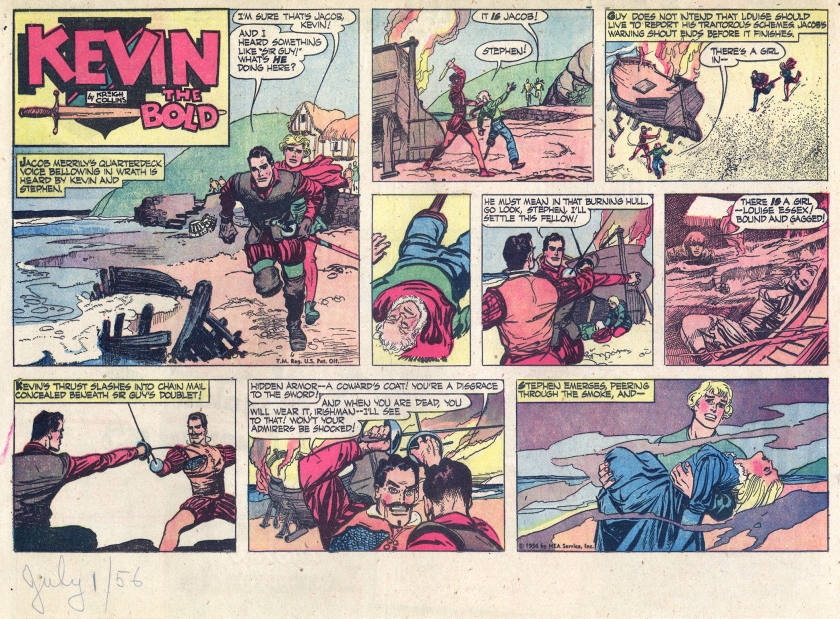 Too late, Kevin discover’s Sir Guy’s secret weapon, but as the story concludes, Sir Guy will get his just desserts.

All That and More 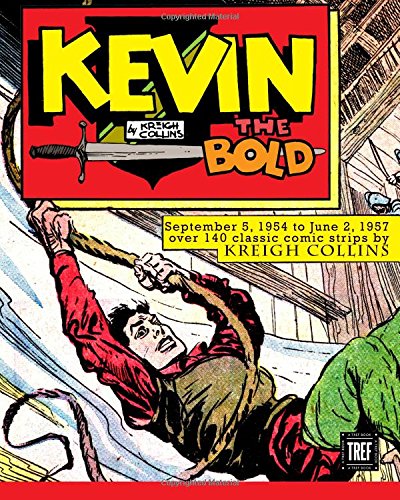 Compiled by Eisner Award-winning comics historian Frank M. Young, the collection is available online from Amazon (a bargain at $14.99).

As Described on the back cover: Unjustly neglected in newspaper comics histories, Kreigh Collins’ Kevin the Bold is one of the 1950s’ best, with outstanding artwork and witty scripting. Here are close to three years of Kevin (and Collins) at the top of their game, sourced from rare syndicate proofs.