After thirteen plus years of writing the continuity for “Mitzi McCoy” and “Kevin the Bold,” Kreigh Collins was either a bit burned out or looking to free up time to pursue other projects. In any event, starting in mid-1961 and lasting for slightly over a year, Kevin’s adventures were dreamed up by NEA staff writer Jay Heavilin.

When I started collecting my grandfathers’ comics, I paid less attention to Jay Heavilin’s sequences because they weren’t Collins’ own brainchild (to use Kreigh’s phrasing). On more recent reflection, I notice these comics contain some fine illustrations even if the action is slightly out of character—e.g., Kevin attempting to visit his sickly mother, as shown in the December 17, 1961 comic that ran last week. (My theory on that episode: an excuse to introduce a gypsy woman who resembled Moya McCoy, who hadn’t appeared in the strip for over six years. Moya’s absence can be explained by the fact that she was the only woman Kevin ever loved, and removing her from the story helped ensure that our hero would never settle down, and would keep on moving.) 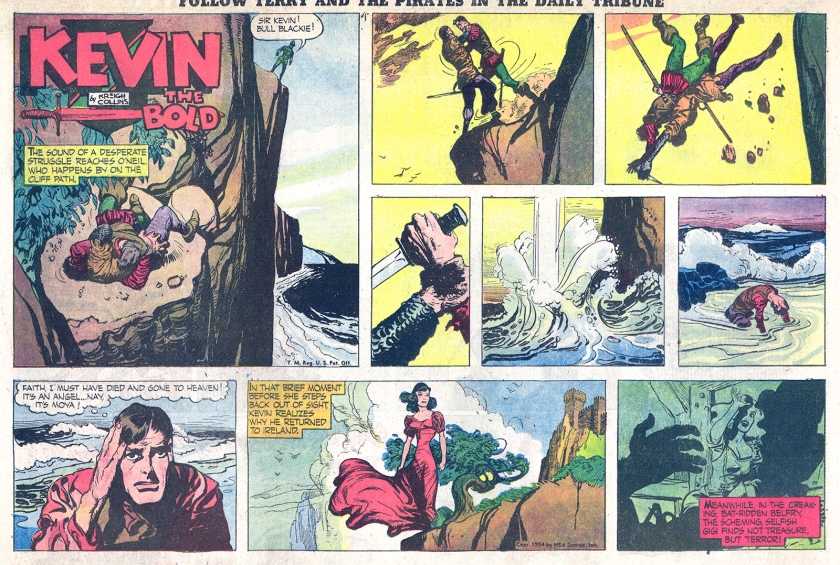 Of note, Moya’s very last appearance (as far as I know) also involves a fortune teller. 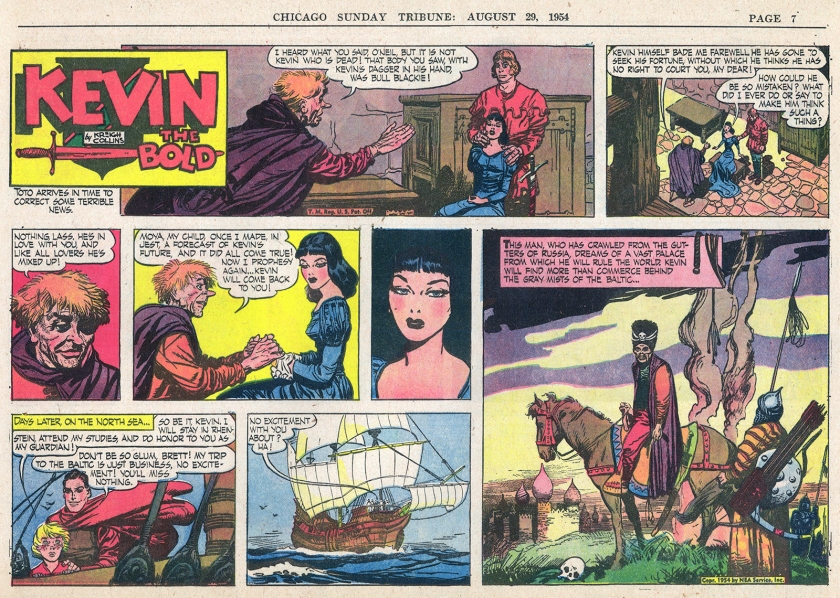 Now, back to our current sequence… where Kevin’s situation takes take a sudden turn for the worse. 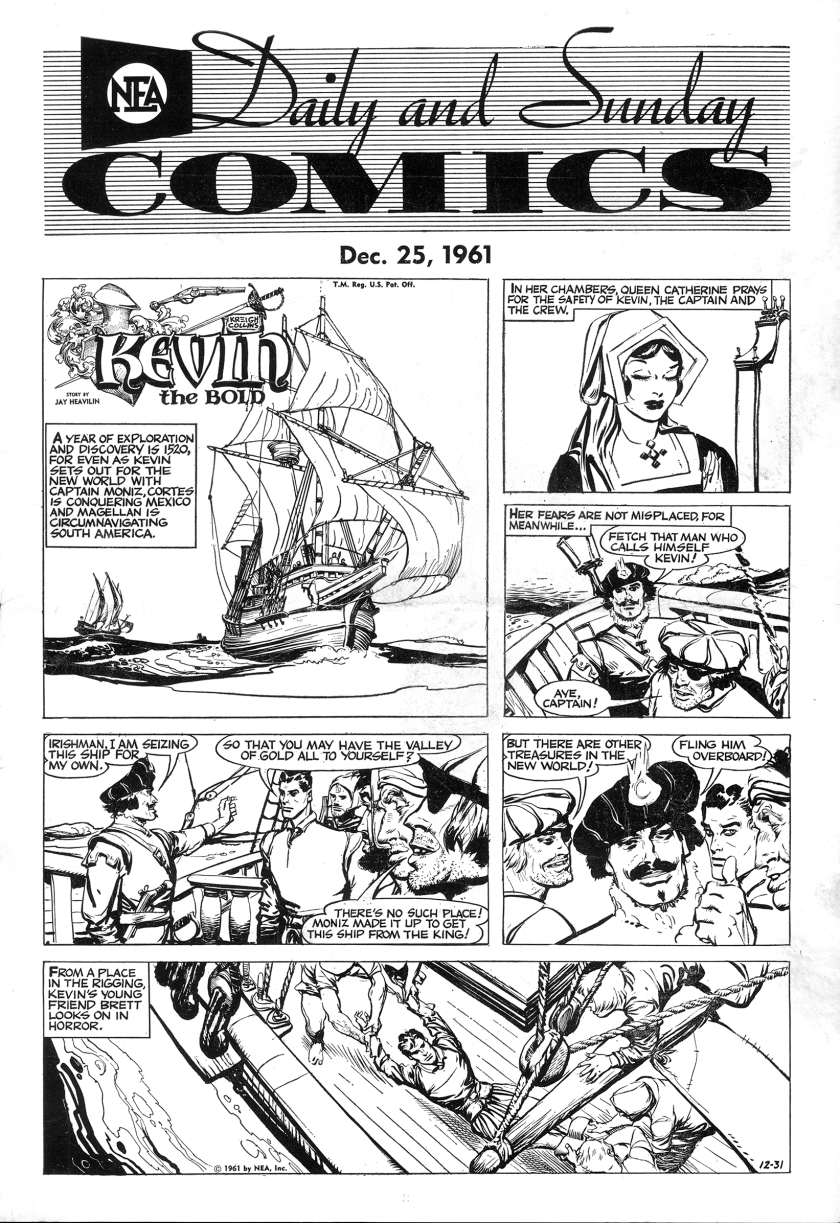 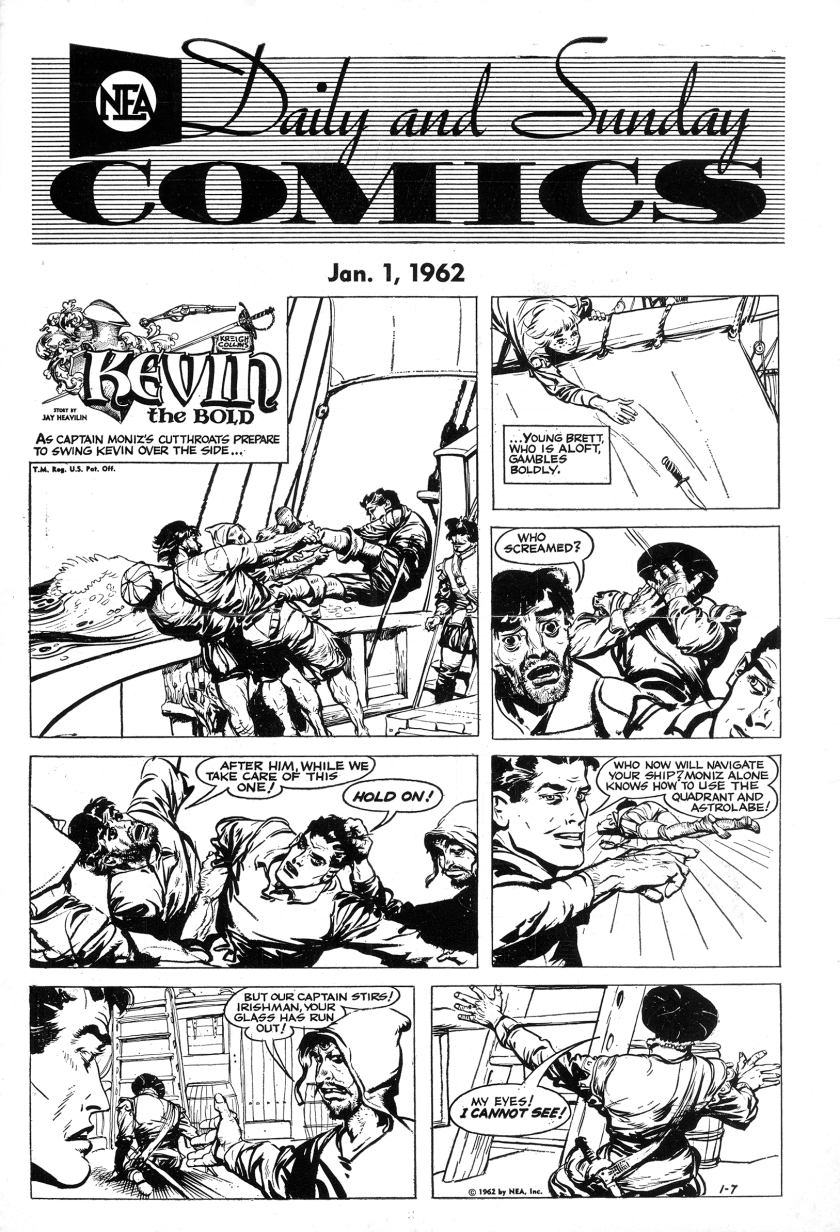 Brett’s well-aimed dagger saves the day, but as the ship’s provisions dwindle, so does their time. 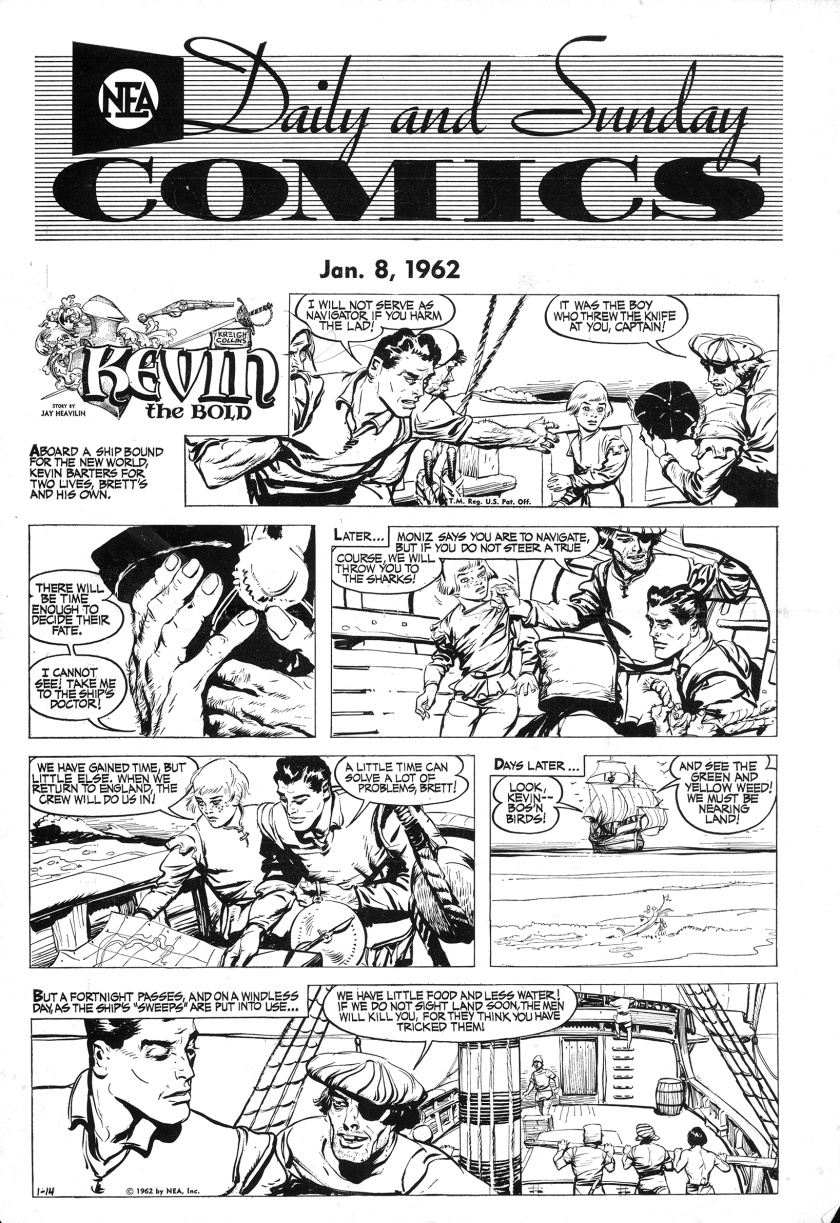 After receiving a few inquiries as to where the book they’d ordered was, I heard today from someone who said they’d finally received their copy! My apologies for the delay, and I hope you think it was worth the wait. November 7 was the 70th anniversary of the comic strip’s debut.

For those who haven’t ordered it yet, The Lost Art of Kreigh Collins, Vol. 1: The Complete Mitzi McCoy can be found at the Lost Art Books website. In addition to the entire run of “Mitzi McCoy,” the book includes the opening sequence of the comic strip “Mitzi” evolved into, “Kevin the Bold.” The book also features an extensive introduction by Eisner Award winner Frank M. Young and previously unpublished artwork and photographs.