As a young lad, I recall sitting in my grandfather’s studio and poring over stacks of comics—bound copies of the “NEA Daily and Sunday Comics.” At some point after my grandfather died, the covers (conveniently featuring “Kevin the Bold”) were cut off and the rest discarded. It’s a shame so much was lost, but I’m lucky to possess what remains.

The prominent date at the top of the page was the Monday of that issue’s week, and the publication contained the six daily comics (plus a Sunday comic, in some cases) for a given NEA strip. Since “Kevin the Bold” was a Sunday, these publications only featured one comic, whose publication date would be six days after the date shown for each issue.

The year is 1520, and the following sequence starts with Brett trying to sign onto a Portuguese ship headed for the New World. The ship is being financed by King Henry, and because he has heard bad news about its crew, he calls on an old friend to keep an eye on things.

Shockingly, Kevin, an agent to the King, is about to refuse his request. 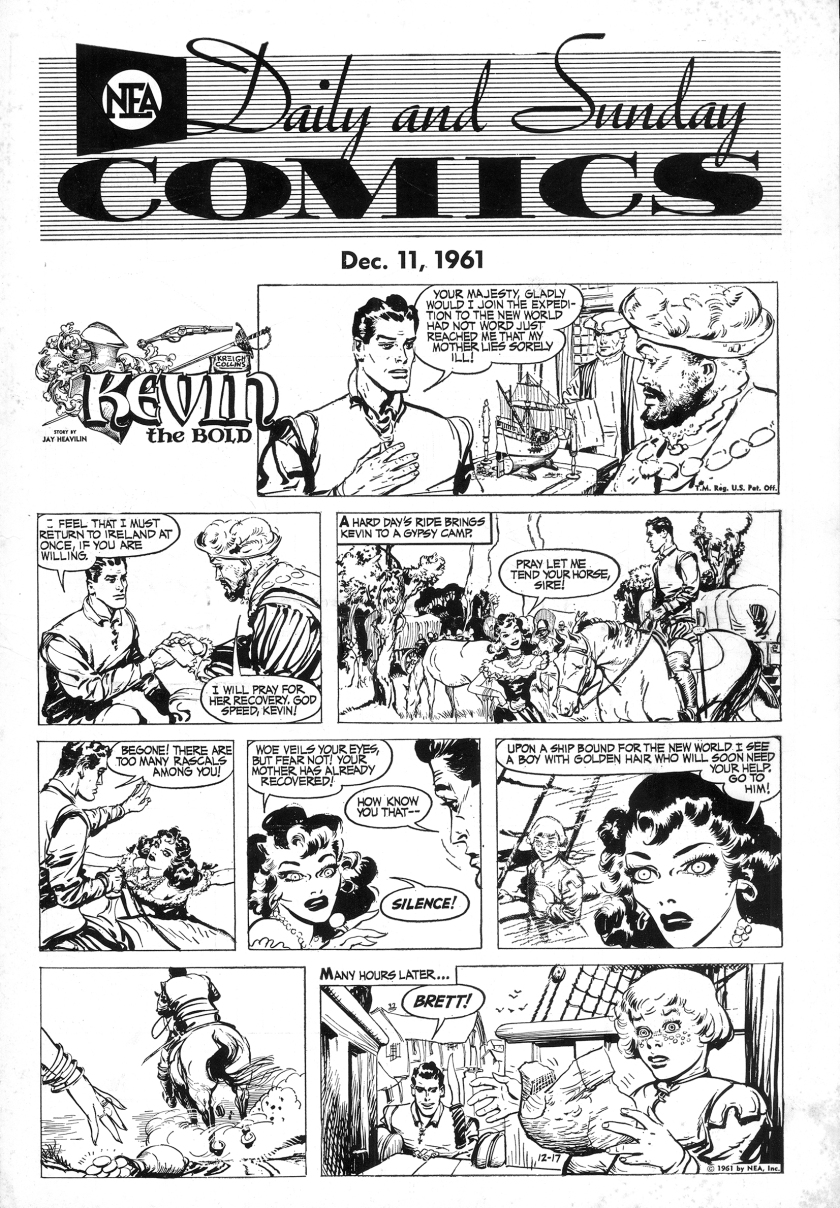 According to Kevin’s back story, he was an orphan and knew nothing of his parents, so the the action at the beginning of this sequence is quite unexpected (and is abandoned abruptly). Kevin and Brett soon are reunited and about to set off on another adventure. 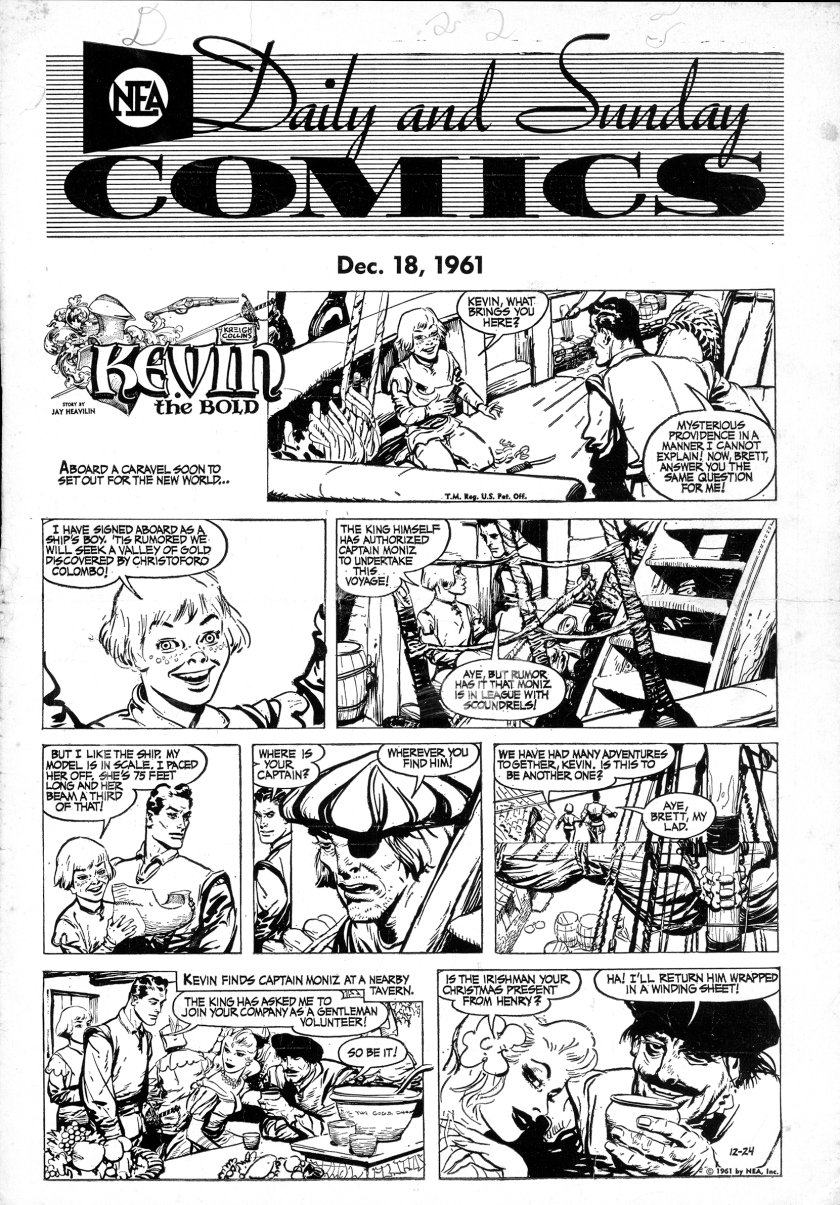 As for those stacks of comics in my grandfather’s studio, it appears a young reader was inspired by the publication’s masthead to try his hand at cursive writing. The culprit was likely myself, my brother, or one of my cousins.