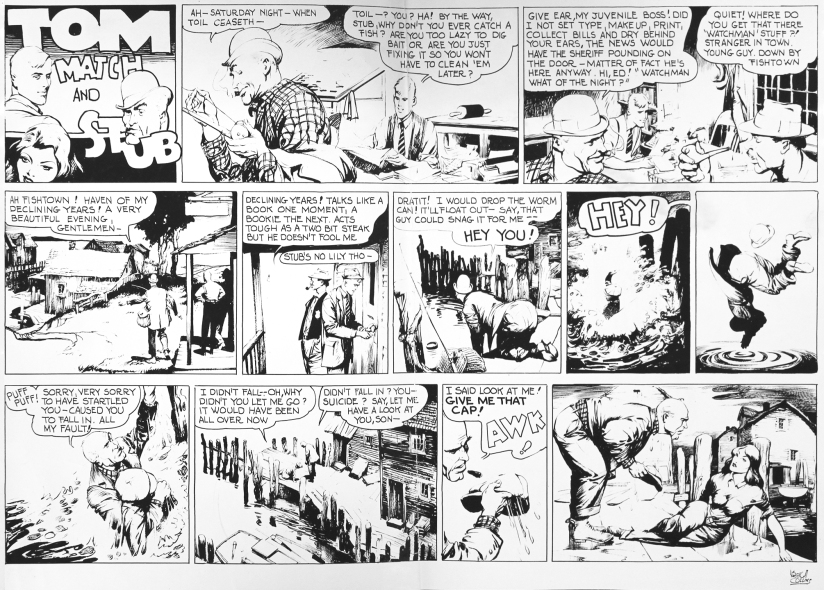 This undated one-off comic, found in the archives of the Grand Rapids Public Library’s local history department, appears to pre-date “Mitzi McCoy.” After taking notice of Kreigh’s “Bible Stories Comics,” the Newspaper Enterprise Association (NEA) began pursuing Collins to develop a comic, and “Tom Match and Stub” is likely an early draft of a proposed strip.

This early comic was set in Fishtown (Collins often spent summers painting in nearby Leland, Mich.); most of the action in “Mitzi” occurred in the fictional “picturesque little town of Freedom,” which was also situated in Michigan. Like “Mitzi,” “Tom Match and Stub” is set in a newsroom, only the roles are reversed — here Stub works for young Tom, whereas Stub is Tim’s boss in the syndicated version. Stub is clearly Stub, Tom resembles Tim, but the Match character doesn’t resemble Mitzi. 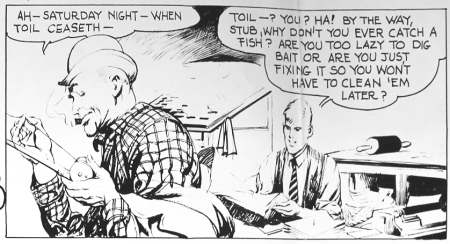 However, she does bear a resemblance to an ancestor of Mitzi’s, but that’s jumping ahead (or is it jumping back?).

2 thoughts on “Tom Match and Stub”