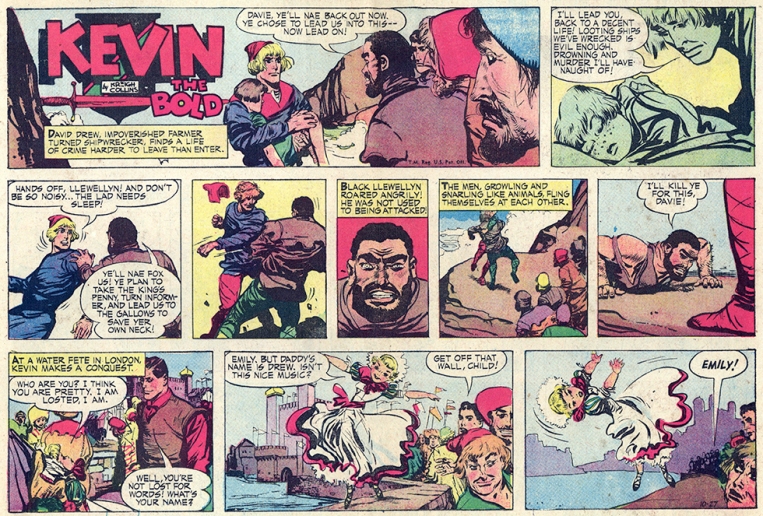 Common formats for Sunday strips include the half page, the one-third page, the tabloid page, and the half-tab. Usually, only the half-page format is complete, with the other formats dropping or cropping one or more panels. Such “throwaway” panels often contain material that is not vital to the main part of the strip. Collectors generally value half pages the most, since the other formats are incomplete by comparison. Half-tabs have approximately the same aspect ratio as half-page comics, so while their printed size is quite small (10″ x 7″ vs. 14″ x 10″ for half-pages), at least the reader sees all of the artwork. The half-page version of the October 27, 1957 episode of “Kevin the Bold” is shown above.

When Kreigh’s comics appeared in tabloid papers, the small center panel was generally the throwaway. When they appeared as one-third pages, severe cropping could occur (in addition to losing the throwaway panel). The storyline would continue but the impact of the comic was lessened.

Below are tabloid and third-page versions of the same comic. In this case, Black Llewellyn’s scowl is the throwaway. Too bad! And in the third-pager, each panel is cropped both left and right. 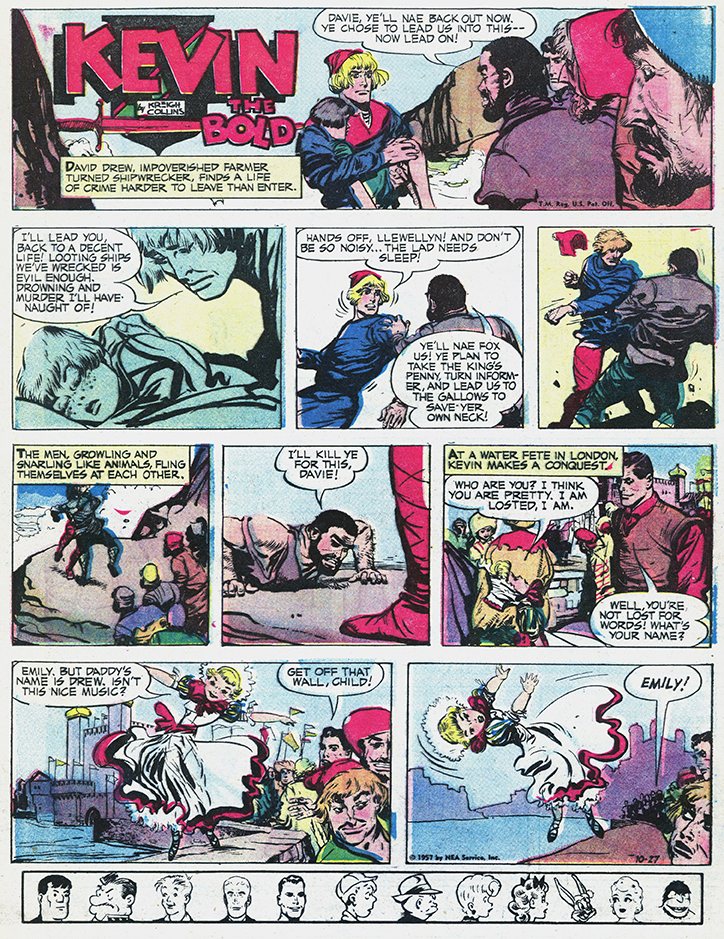 At bottom, examples of the “Kevin” that ran on October 19, 1952 show an even more unfortunate example of the cropping that could occur. (This strip also has an appearance by Leonardo Da Vinci. Leonardo would also show up toward the end of “Kevin” ’s run, in 1967). 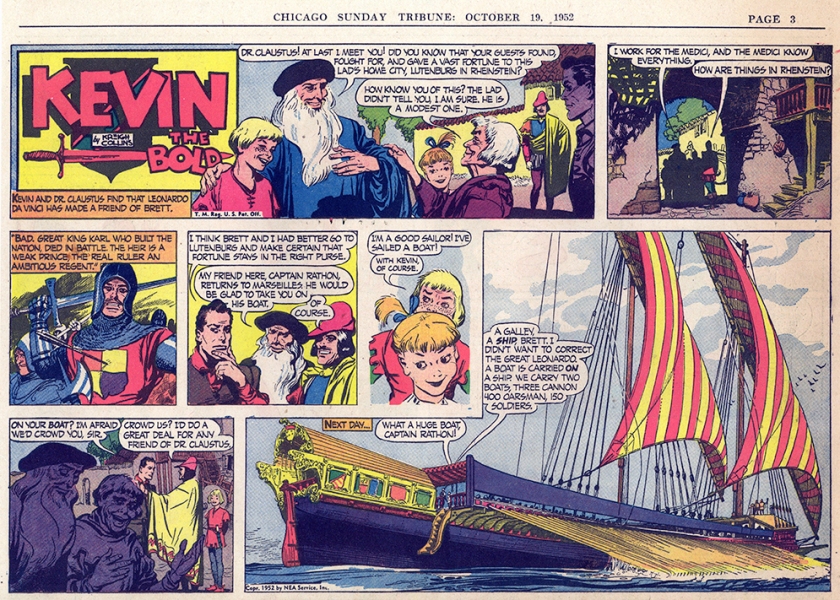