In what could be the worst bachelor party ever, Kevin and Luoth spend the eve of the wedding working hard on a risky and dangerous task. 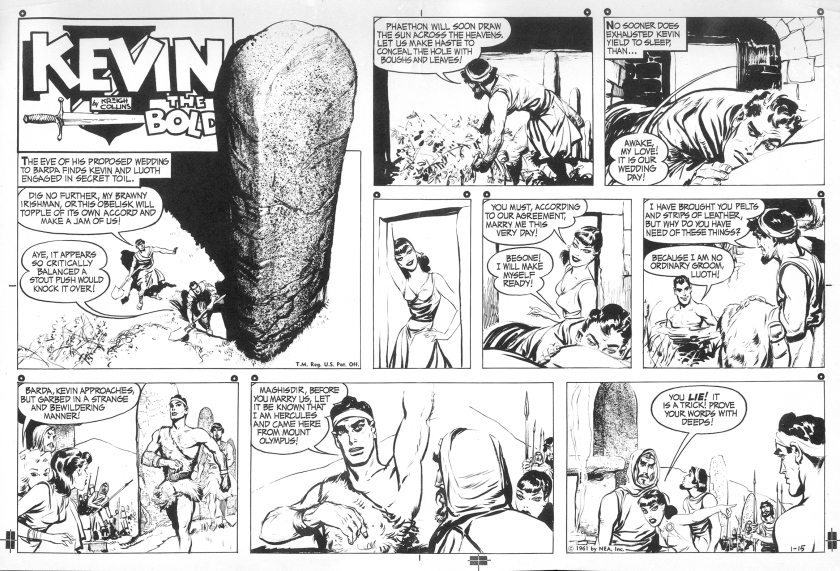 Following his night of hard labor, Kevin is spent. The panels in the middle tier of the episode above are hysterical—with the first two contrasting the eager bride and the reluctant groom, and the third panel existing somewhere between the screwball and the absurd (and practically begging to be taken out of context). Meanwhile, Kevin faces his moment of truth.

Mascarading as Hercules, Kevin passes one test, but unexpectedly faces another.

Luoth understands that if Barda breaks the engagement, it is mutually beneficial to Kevin and himself. Luoth is willing to take a great risk in order to restore his standing with Barda. Finally, a sudden thunderstorm and some quick thinking allows Kevin to escape his fate as a married man.

I wish I had some color half-pages from this sequence to intersperse with the black and white art, but the printer proofs really accentuate Collins’ wonderful line work. And As you can see, the third-page versions that ran in many newspapers during this era of Kevin left much to be desired. With these shrunken comics, each panel was cropped, and the lovely “throwaway” was eliminated.

For the time being, Barda is able to calm her erstwhile boyfriend’s anger, but her situation proves too sticky for any further help from her father. Though Kevin will have his hands full dealing with the jealous, jilted Luoth, he is as calm and confident as ever.

Someone please hide those scissors!

Quick thinking and a sudden, unlikely alliance buys Kevin time as he tries to dig his way out of trouble. 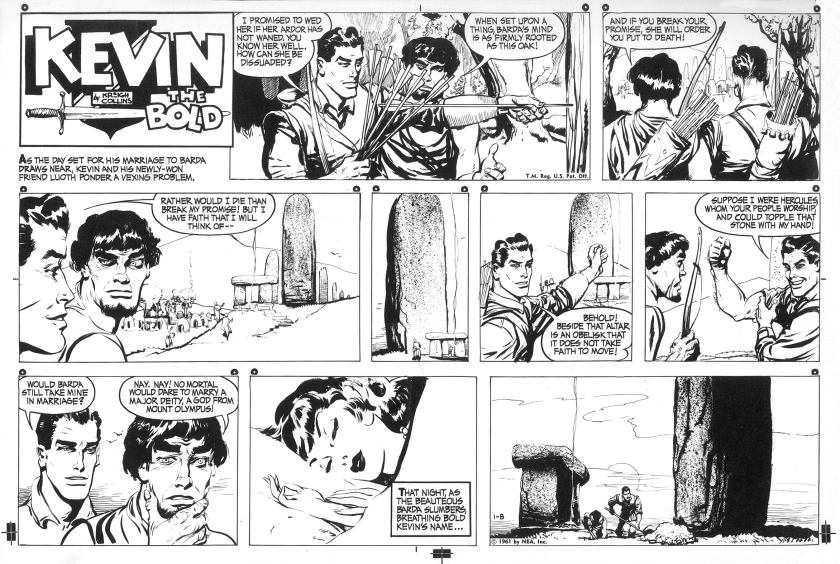