While the Spaniards are plotting about the polder, I’m plotzing because I don’t have color half pages to post. Nonetheless, King Henry brings Kevin up to speed on the situation. 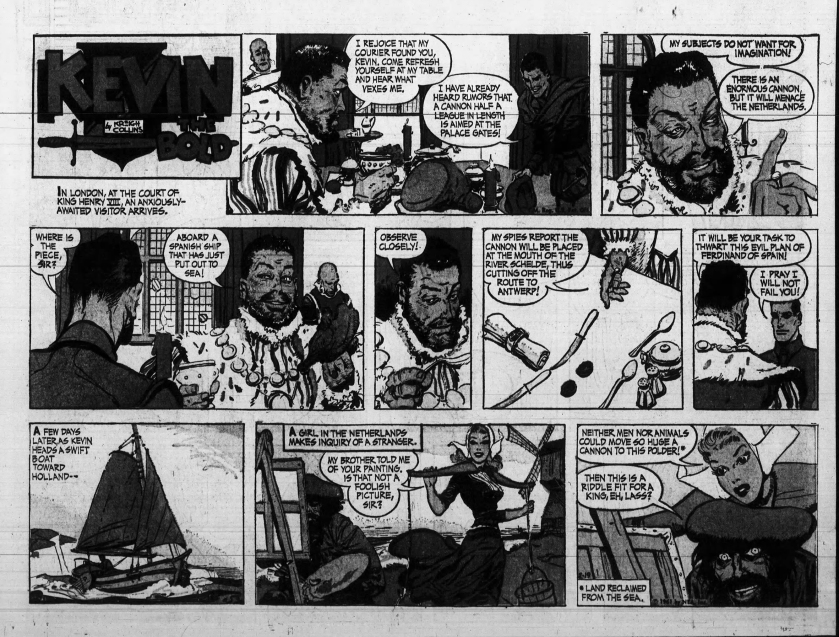 For the second consecutive week, the term “polder” was defined by way of an asterisk and an explanatory caption. While “Kevin the Bold” often had arcane or foreign terms explained in this fashion, it was unusual for the comic strip to be so heavy-handed about it. This was most certainly done at the request of Collins’ boss, Ernest Lynn, who repeatedly made the point that each episodes needed to be understood by readers who might’ve missed previous installments. It’s a fair point, within reason, but there is also a point where enough is enough (we haven’t reached it yet!).

Luck was on Kevin’s side—his passage to the Netherlands was indeed swift, and a chance encounter with young Elsa Van Loo puts him exactly where he needs to be. 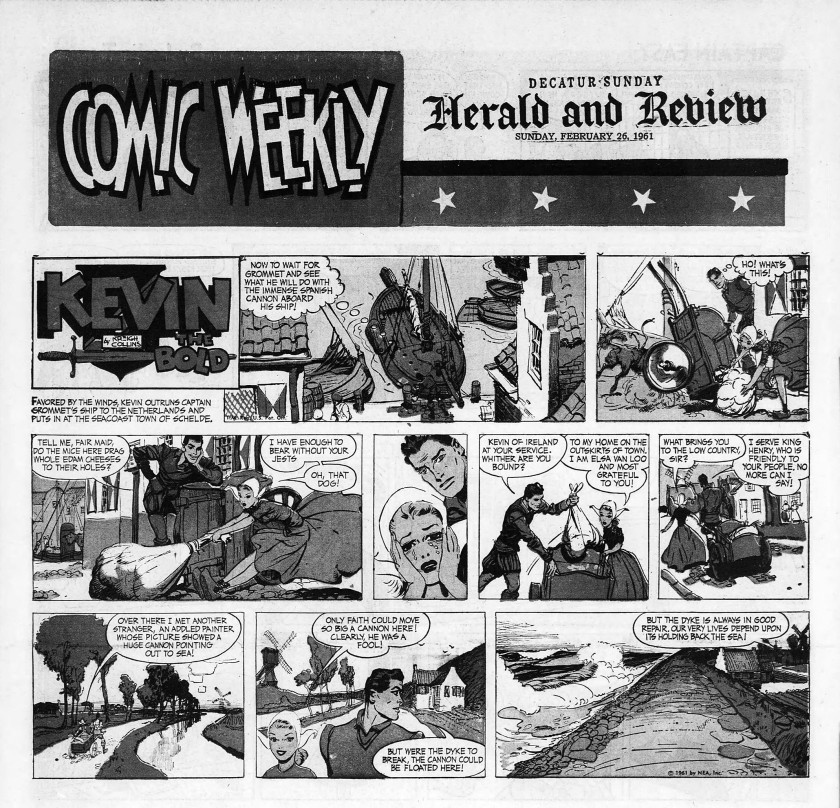 Tired of the newspapers.com downloads? I’m afraid the BW proof I have for the next episode isn’t much of an improvement. Which do you prefer? I’d love to hear your opinion. 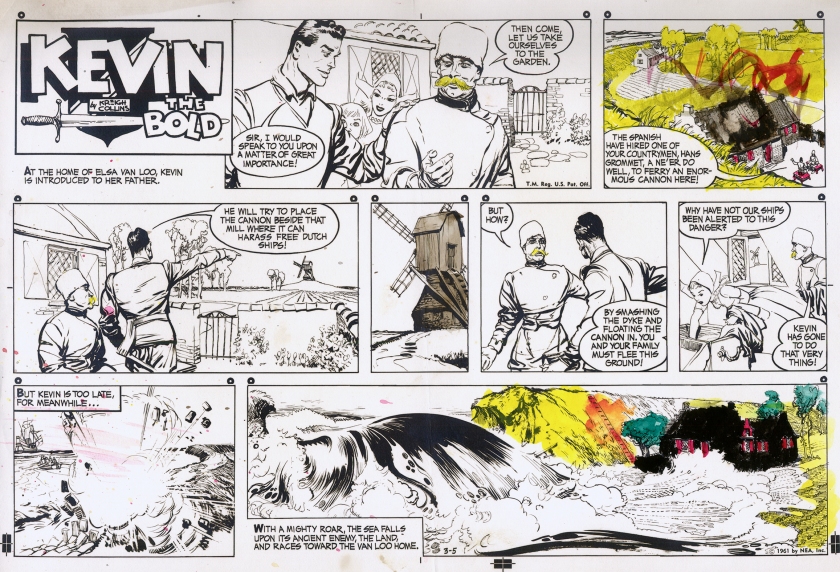 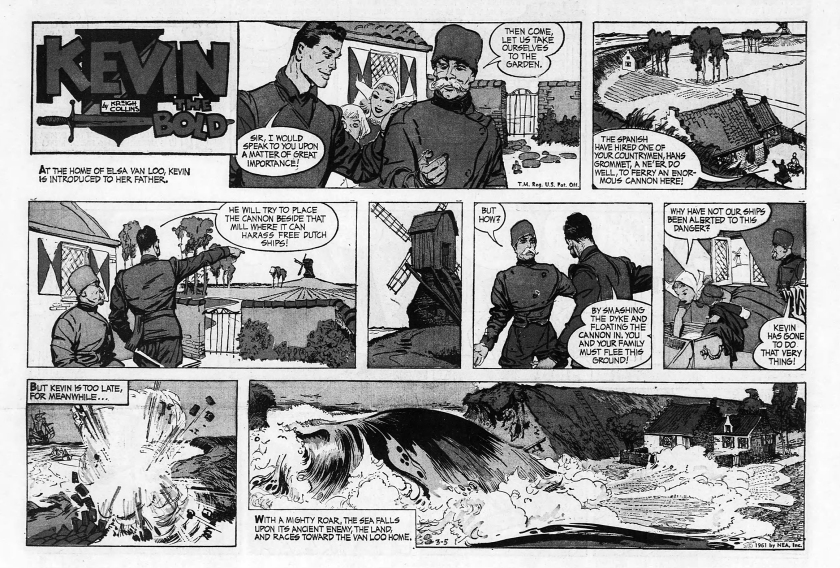 Despite his good fortune, has Kevin arrived too late?