The following comics were sent to me by my friend in Serbia, Marko Davidovic. They appeared in a comic book called Veseli Zabavnik. Because I cannot read Serbian, I rely on an online translator, and it yields some peculier results.

The first two pages originally were published in 1952, on April 27 and May 4. Because of the way the episodes were broken up on the comic book’s pages, the May 4 episode is incomplete. The original versions are below. 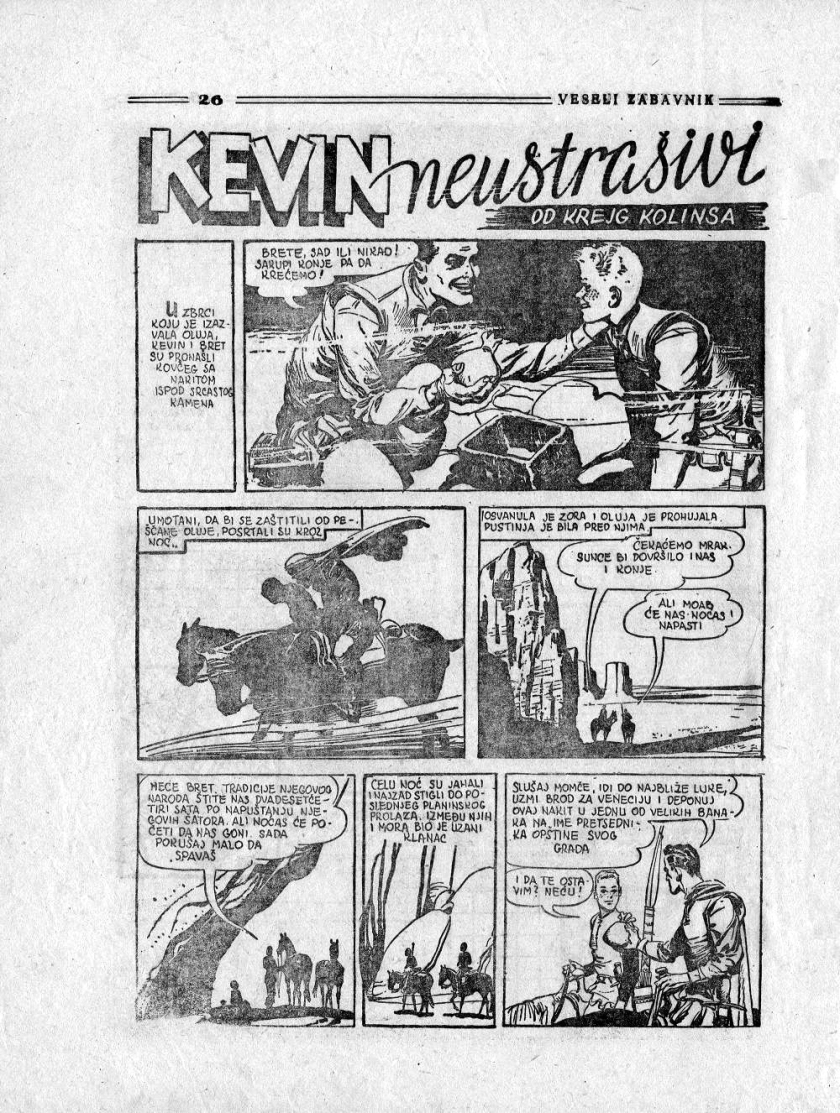 Above, Kevin Neustrasivi translates to “Kevin Frustrating,” and below, Osveta Plave Zatocenice translates to “The revenge of a blue prisoner.” What is also interesting is that the artist’s name was listed as “Krejg Kolinsa.” 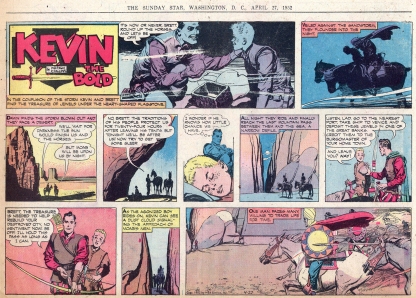 The next comics originally ran in August, 1952. The typeset text at the bottom of the first page translates as “from the next issue of new episodes.” 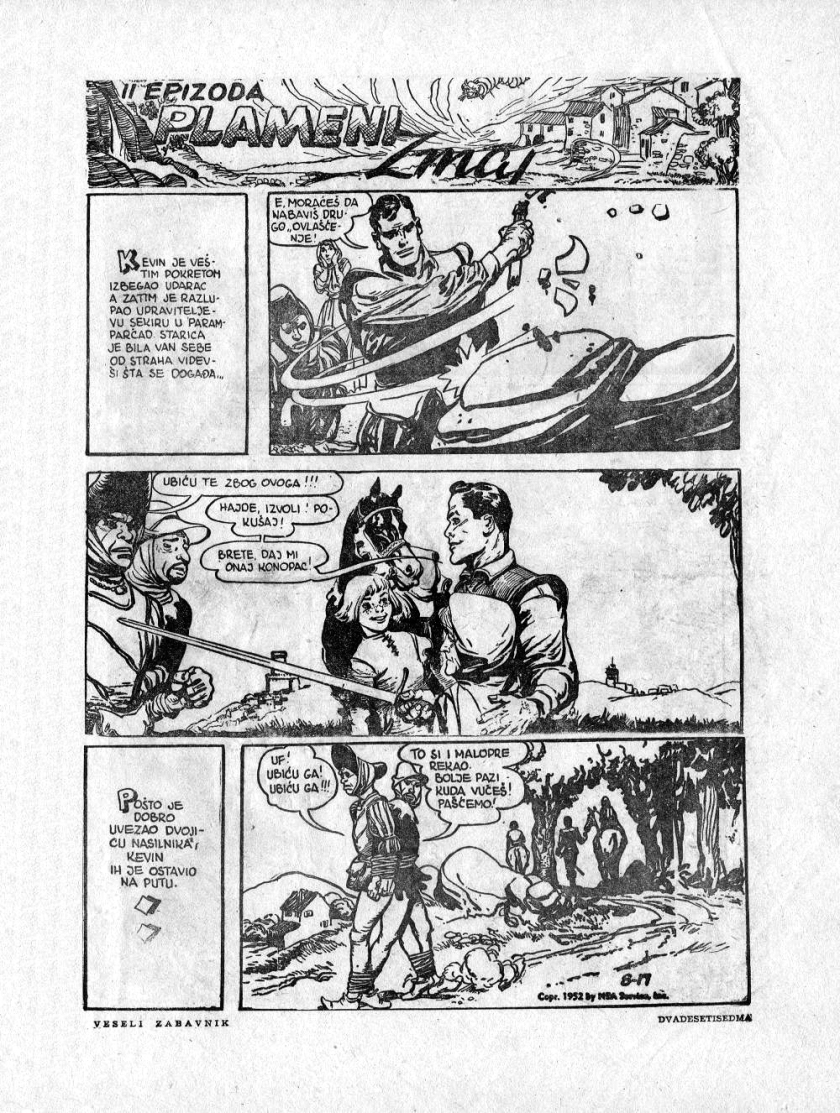 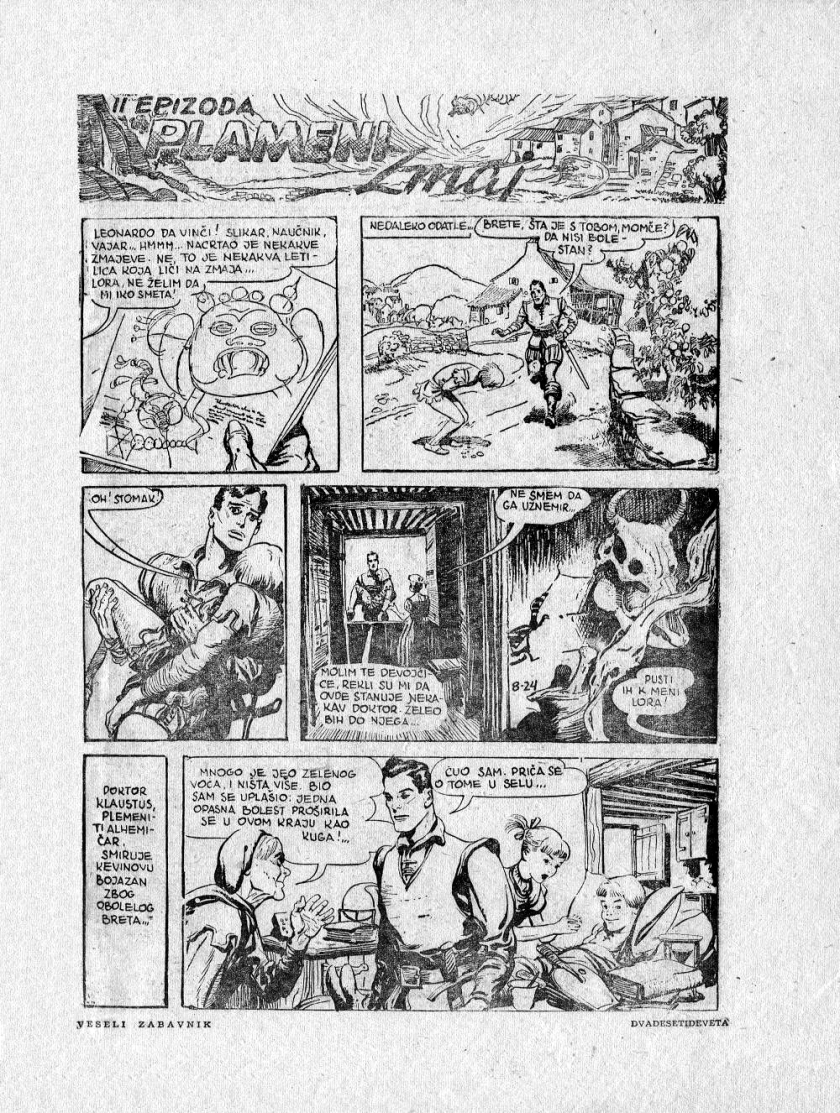 I refer to this sequence as “The Dragon,” but according to my translator, it is “Flame and Zmai.” I think I’m missing something. The original comics are below.

Visit the Lost Art Books website to place your order for The Lost Art of Kreigh Collins, Vol. 1: Mitzi McCoy. In addition to the entire run of “Mitzi McCoy,” the book includes the opening sequence of the comic strip “Mitzi” evolved into, “Kevin the Bold.”

The book also features an extensive introduction and previously unpublished artwork and photographs..