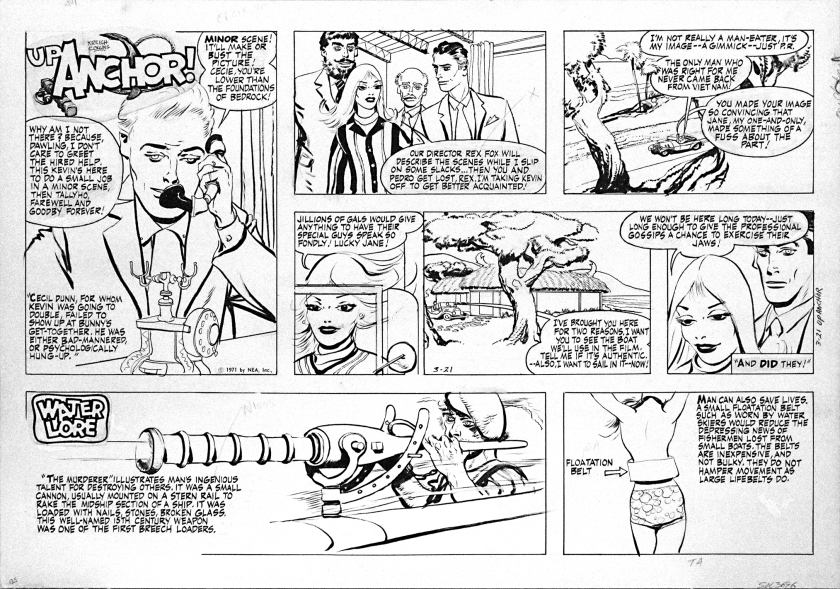 As he’s escorted around Hollywood by his co-star and director, Kevin learns how the movie game is played. As the action in the comic intensifies, the mood of the topper strip “Water Lore” darkens. 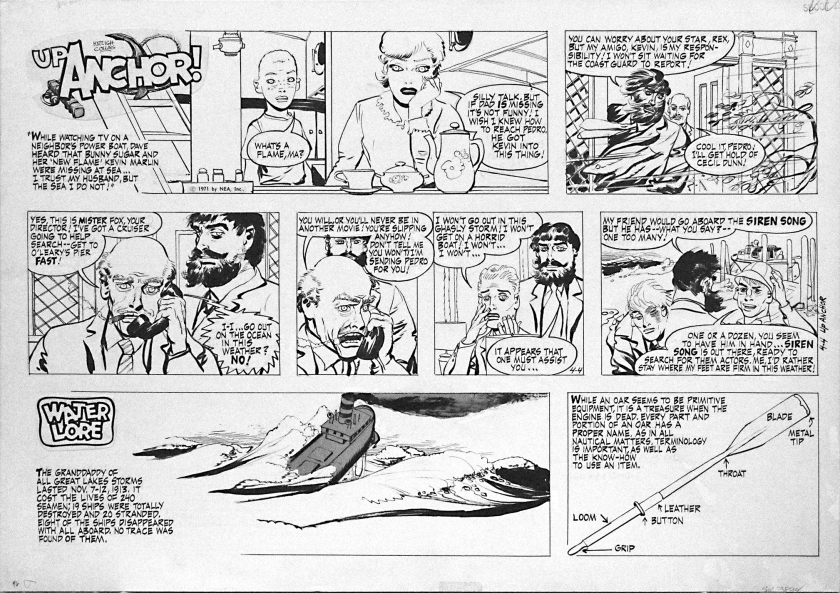 Jane trusts her husband Kevin enough to ignore the rumors propagated by the Hollywood hype machine — or is she just putting on a brave face? Meanwhile, Kevin and Bunny are lost at sea without ship-to-shore communication. Rescue efforts get under way, and Pedro manages to press the spineless movie star Cecil Dunn into service.

Of note: movie director Rex Fox bears a certain resemblance to one of Collins’ old “Mitzi McCoy” characters, publisher Stub Goodman. Stub was based on the character Frank from the 1947 novel by Thomas W. Duncan, “Gus the Great.” Like Stub, Frank was a newspaperman, and a very richly developed character. Midway through the book, he retires to California (and to my disappointment, isn’t heard from again). It’s nice to see one possible outcome was Frank’s reinvention as a Hollywood director.