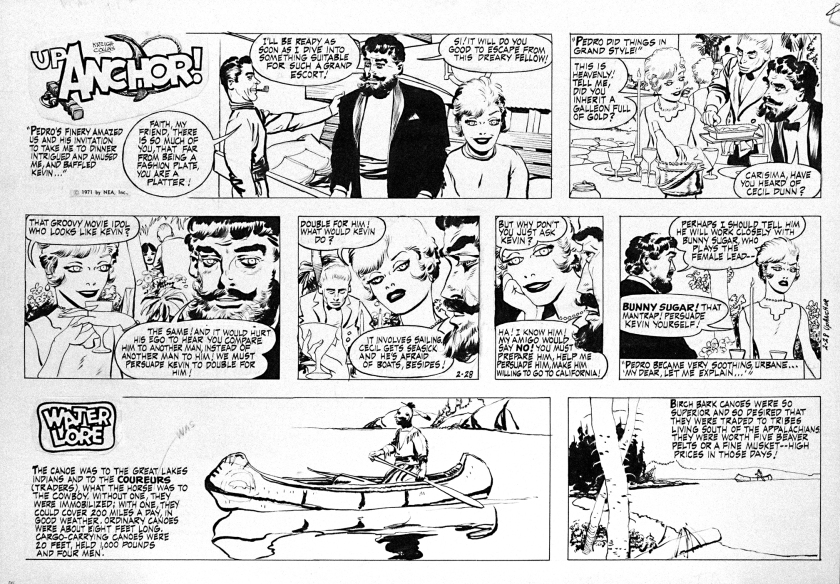 Eager to get his friend involved in the movie business, Pedro’s idea is to have Kevin’s wife Jane talk him into it. Jane is leery of the possibility of losing her man to a famous Hollywood starlet, but seems to go along with the plan —  she and Kevin are eventually persuaded by the easy money. 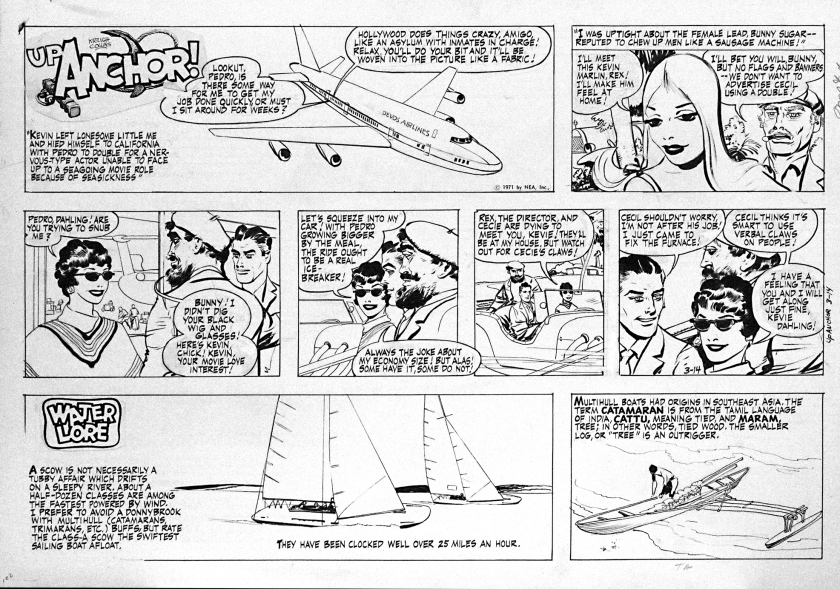 As the sequence gets off the ground, the action is very light, but there are some interesting details to be noticed. The “Water Lore” topper strips have some nice illustrations of various watercraft to accompany Collins’ observations, technical diagrams, and historical tid-bits. The March 7 topper references the artist’s home port of Holland, Michigan, which was located a short drive from the tiny village of Ada, where Kreigh lived with his family. Another notable from Ada was Amway founder Richard DeVos. DeVos went into business about the same time as Collins started cartooning, and one part of the Amway empire included an air charter service. Collins name-checked his friend in the March 14 comic.

It’s been smooth sailing through this sequence’s first few episodes, but how long can that last?