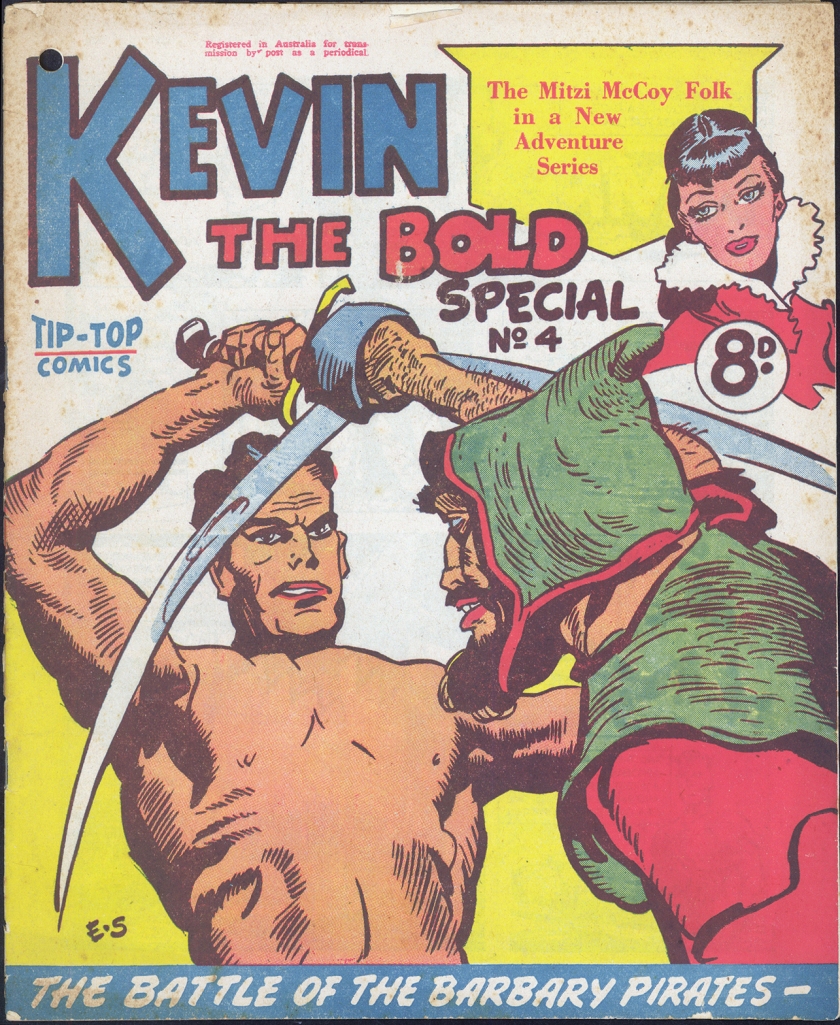 Published by Southdown Press Pty. Ltd. (of West Melbourne, Victoria, Australia), my copy of Special No. 4 isn’t in the best shape — it’s pretty brittle. I’m not familiar with comic book grading scales, and this one might not fare so well. If it was an LP record it would be a cutout, with its corner hole punched like that. It features the transitionary comic between Mitzi McCoy and Kevin the Bold, and the first two sequences is Kevin. And that’s not all.

In order to squeeze in an ad, the sixth comic has been edited, omitting a few panels. (The original October 29, 1950 comic is shown for comparison). Another thing I’m unfamiliar with is the Australian classic Marmaduke Mouse. Perhaps that’s just as well.

Southdown Press was really going to bat for its other titles in Special No. 4. While Kevin’s first sequence has appeared earlier on this blog, this second one, featuring Count DeFalcon as the villain, hasn’t. A comic early in the sequence was edited to allow for another house ad. It’s a shame because the original December 24, 1950 comic is a beauty. One line of dialog from a lost panel was salvaged and added to a remaining panel, so it could’ve been worse.

Arriving at Castle McCoy, Kevin’s squire is introduced, and MacTavish Campbell MacGregor gets busy training Kevin. To atone for a feckless youth, Kevin has sworn to protect women and children, and apparently his responsibilities include the well-being of animals, too.

Later, Special No. 4 eliminates an entire Kevin the Bold episode, leaving out an important detail — where Kevin obtained some mail to wear in his showdown against Count DeFalcon. (One would hope Southdown Press had a good reason. I’ve included this missing episode for the sake of continuity). In advance of the duel, the squire’s character is nicely developed, and readers of Kreigh’s previous strip (Mitzi McCoy) will recognize him as Tim Graham’s boss, Stub Goodman.

Preparations have been finalized for the tournament field and the action gets underway. Riding a mare and wearing ancient mail, Kevin seems ill-prepared to face an opponent as strong as DeFalcon.

Kevin is able to outwit his adversary, and even spares his life. He has earned the respect of DeFalcon, and takes over the Count’s quest. The sequence is over, yet there is one spread left in Special No. 4. What was important enough to justify excising the January 21, 1951 comic? 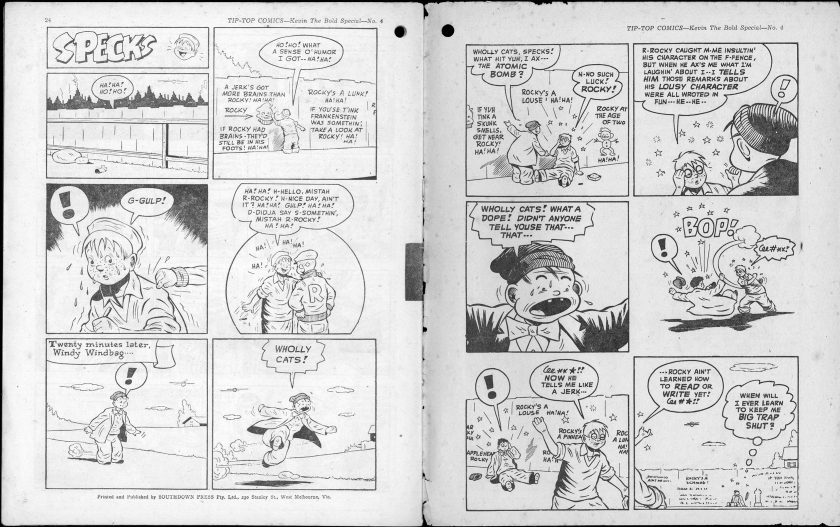 Like Special No. 6, the back cover features a one-color ad for some of the publisher’s other titles. It has a certain charm but fails to remove the bitter taste in my mouth left by Specks. Yeesh! 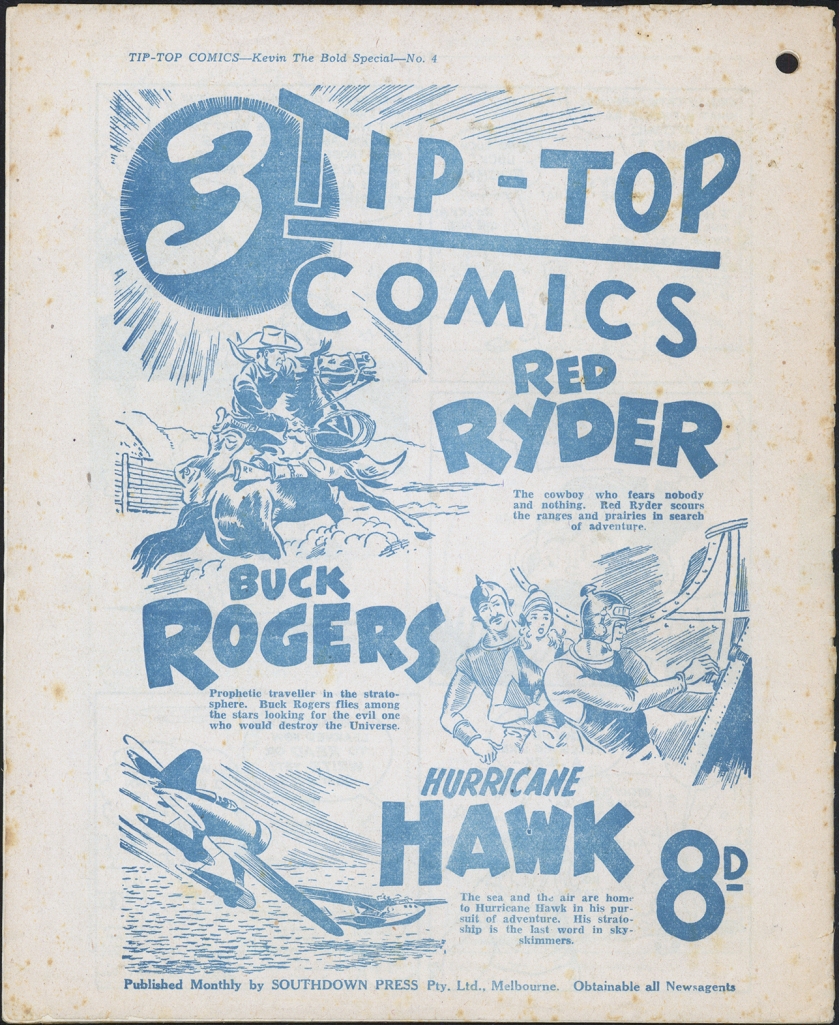