Kevin has decided to take Brett as his ward, and they set off together. Brett’s tragic backstory is revealed in these handsomely-printed and concisely-scripted comics. The impressive variety of settings, exotic locales, archery and wildlife were all hallmarks of Collins’ style. 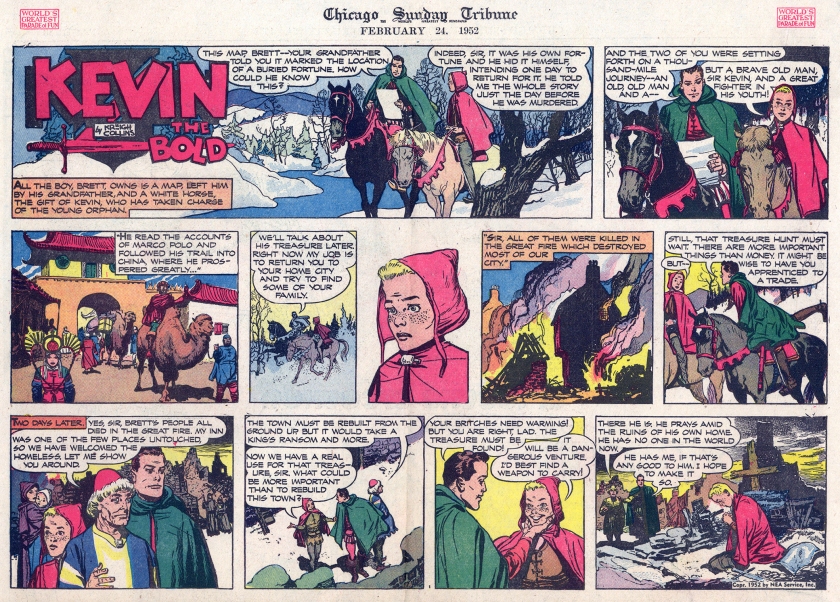 In what must have been a rare case of transposed films, the Chicago Tribune’s March 9, 1952 comic printed badly. (It seems the magenta and cyan plates were switched — similar to a different instance, involving yellow and magenta). A tabloid version from the same day has its own reproduction issues, but gives an indication of how the colors were probably supposed to appear. 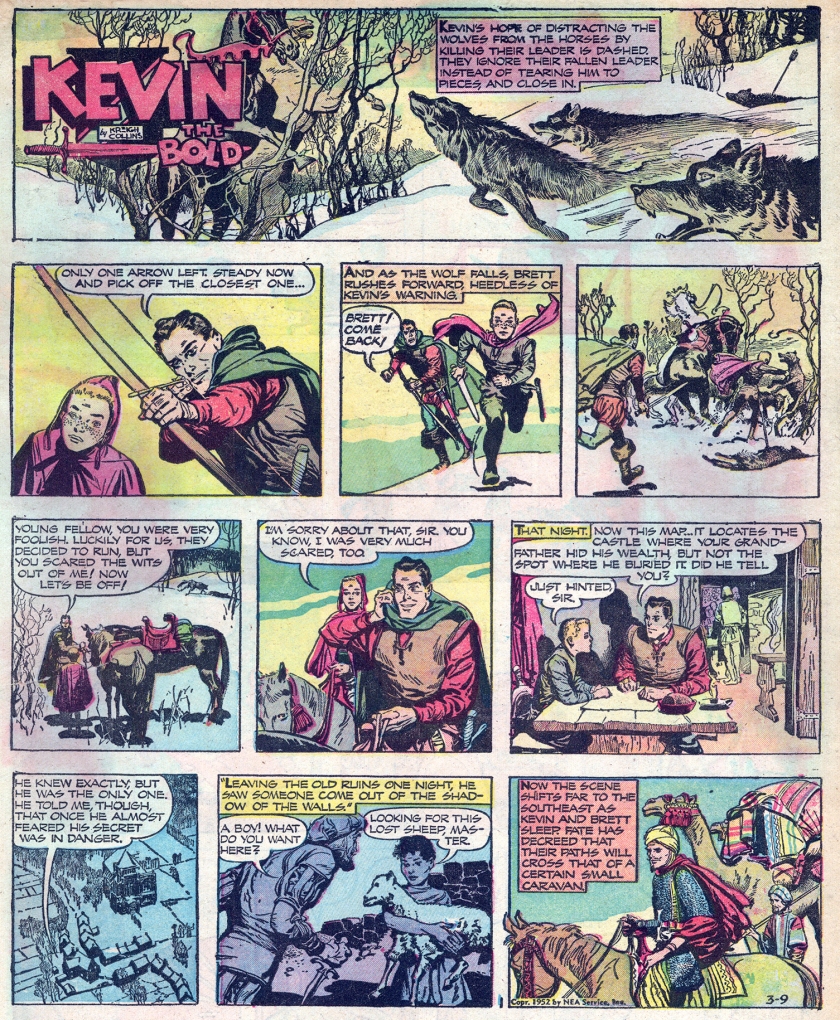 While scrutinizing these comics more thoroughly, the third panel caught my eye, and not just for its printed variants. 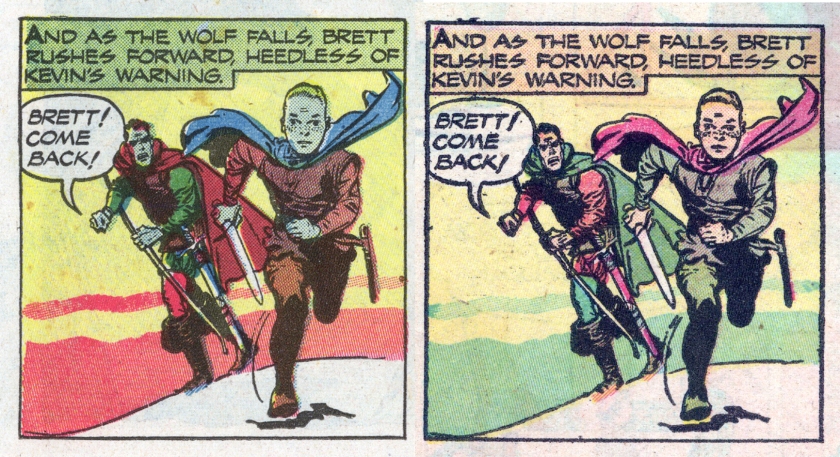 Maybe just for me, but they seemed evocative of a certain other Superhero-ward duad. 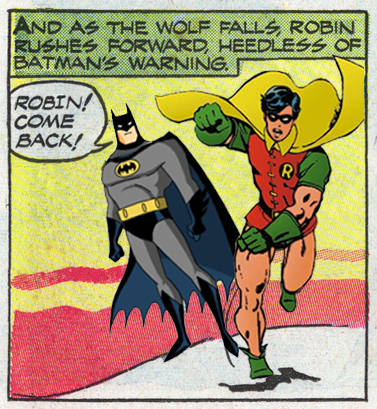 Must be the capes.

One thought on “Brett’s Backstory”