In search of their prey, Kevin and Moab split up. While Kevin stays with their horses, Moab is startled by a pair of dangerous-looking foes.

Moab is able to persuade his would-be killer to show him a different type of mercy than she had intended, but unconscious, he is soon confronted by another bitter enemy. 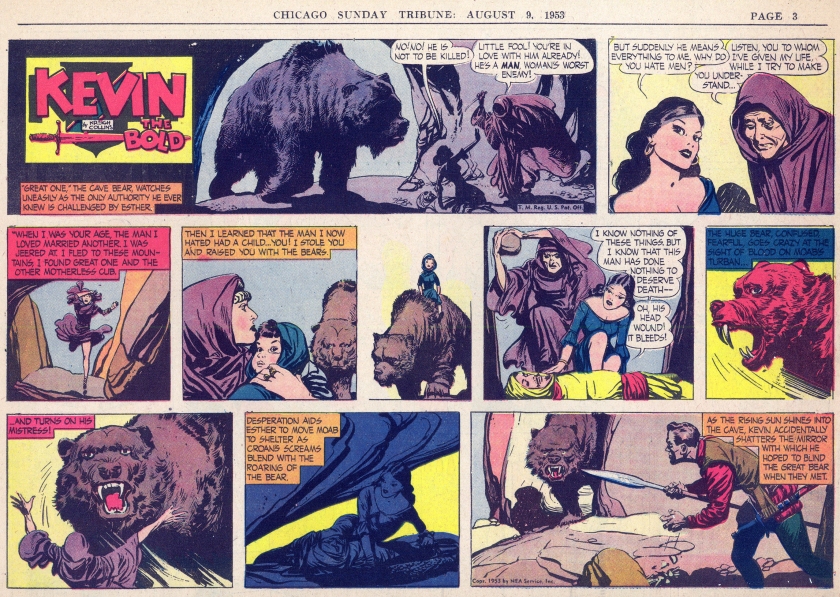 The backstory is revealed as Kevin faces off against the cave bear, without the benefit of Dr. Claustus’ clever strategy.

The sequence wraps up neatly, despite the fact that several more cave bears survive. And as usual, further danger awaits.