Heather and crew managed to survive “a notorious Lake Erie black squall,” and despite the trauma, Jane Marlin has an idea for Heather’s next journey, which comes as quite a surprise. It seems her trip to the beauty parlor was quite rejuvenating.

Below are the comics that ran from October 24 until November 7, 1971. They are all silver prints, which Kreigh would receive from the NEA as a last chance for proofing before the comics were published. Some of the proofs he received were of better quality than others, but the nicer ones are almost as crisp as images of the original artwork. When “Up Anchor” appeared in print, it was almost always as a one-third page; the proofs have the bonus of including the topper strip “Water Lore.” 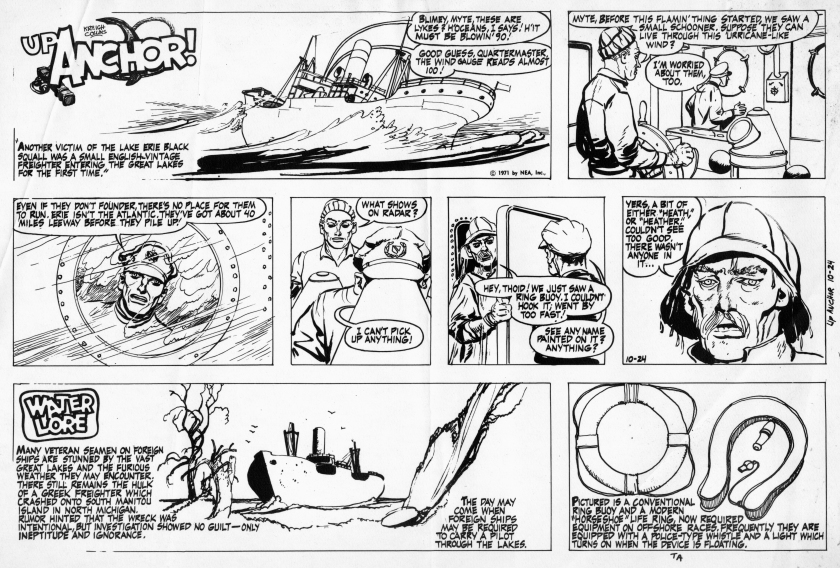 With the storm behind them, skipper Kevin Marlin remembers an incident when a “lunatic gunman” tried to hijack Heather the last time they plied Lake Huron’s waters. That sequence is unfamiliar to me, but while surfing online I did come across the episode (August 10, 1969) from that chapter of “Up Anchor.”

One thought on “Surviving the Squall”