Inspired by traditional Sunday papers’ funny pages, I usually post examples of Kreigh Collins’ colorful Sunday comics. In honor of the black and white versions that ran in Saturday editions, the current sequence has been posted on Saturdays.

…and Collins’ work continued to appear in the Grand Rapids Press on Saturdays after the comic transformed into “Kevin the Bold.” 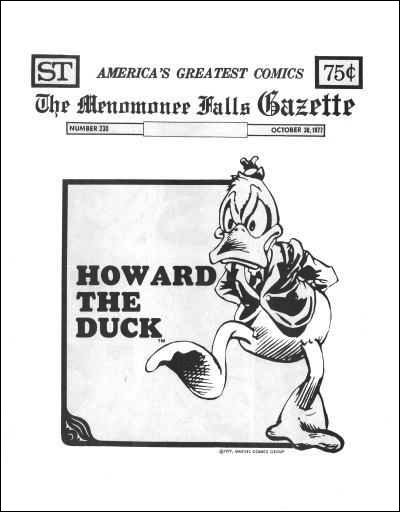 Waking from another hibernation (this time, three months), The Menomonee Falls Gazette rallied to publish issue #230. At this point, Kevin ran on the front page of the second section, and whomever was laying out the pages forgot to update the Volume/Number/Date line from the previous issue (#229).

Shark Donnelly has learned that Ben knows of his sordid past. Fearing the worst, Ben and Jonathan are summoned topside by the captain. Meanwhile, Clarissa tries to mend her broken heart by allowing Kevin to escort her on a hunting party.

Kreigh Collins treats us to some hunting lore, but soon Kevin and Clarissa become separated from the group. Back aboard Heather, Donnelly has coerced the powerless DeFoe to do his bidding.

Once again letting suspense build unreasonably, the next issue of the Menomonee Falls Gazette arrived months after its predecessor. Misidentified as #234 on its cover (didn’t they fire the layout guy yet?), issue #232 was dated March 3, 1978. 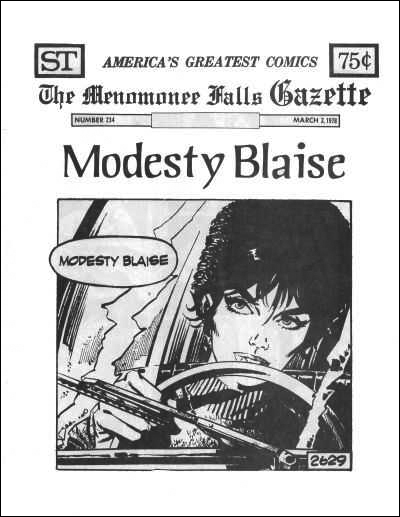 In this final edition of the comics tabloid, Kevin’s sequence was as yet unresolved. With the action so close to a climax, it’s a shame the Gazette’s loyal readers were left hanging. Or were they? Check back for two explosive revelations!