After illustrating 100 episodes of “Mitzi McCoy” and nearly 1,000 of “Kevin the Bold,” Kreigh Collins decided to create a new semi-autobiographical strip featuring the adventures of a sailing family. 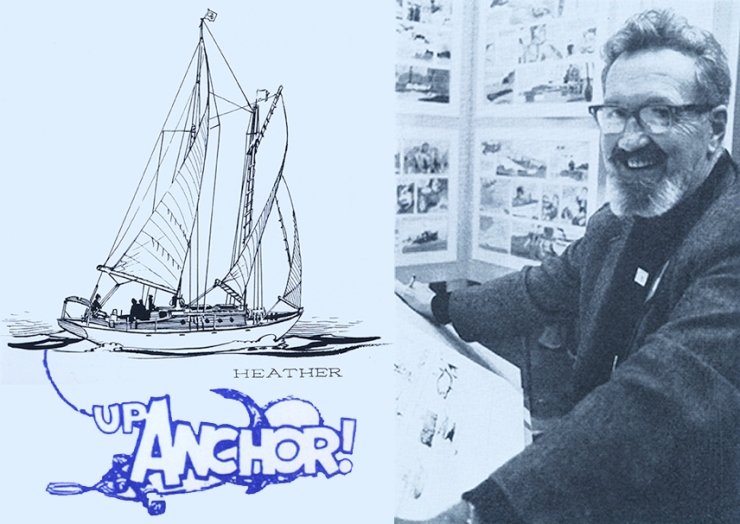 Kreigh Collins’ credentials to create and draw “Up Anchor,” America’s first color comic strip devoted to boating, are as bona fide as the burr on a thistle.

Collins is a sailor and for many years has skippered the family schooner Heather. Heather serves as a floating studio during the summer. Like most boaters, Kreigh started with a small sailing pram and graduated by degrees to the 47-foot Heather over a 30-year period. With Kreigh at the helm, Heather has plied the Great Lakes, the inland waterways of the mighty Mississippi, ridden out storms on the Gulf and found snug in Mystic, Conn. Home port is Ada, Mich.

The unique aspect of “Up Anchor” is that — unlike most Sunday comics — it is not fantasy. Kreigh conceived the idea for the strip on a family cruise. So the strip itself reflects real people in real situations.

Through “Up Anchor,” Kreigh is trying to generate an appreciation of the sea, provide essential information for new converts to cruising pleasures — and, in fact, attract more people to this increasingly popular leisure time activity.

(from a promotional folder sent to newspapers upon the launch of “Up Anchor” in the fall of 1968).